What are the Production and Creation Phases of a Video Game?

As you probably already guessed, the video game industry is booming; some of the reasons that have led to this remarkable growth in recent years are the impressive advancement of technology in recent years and the internet, which is now accessible to all people in the world. In 2020, the video game industry reached $159.3 billion worldwide – so imagine the intense activity which game development companies had in the last years.

What are the stages of game development?

The game development process is a fascinating one. Although there are always various challenges along the way, in the end, the whole team collaborates to make the final product something great. There are many steps that game developers and game artists must complete to launch the video game successfully, but the results are always worth the effort and involvement.

Although complex and time-consuming, the game development process is structured in well-defined stages and frameworks, which help the team not get lost in the multitude of tasks and procedures.

The creation of a video game is based on 6 stages, which include all the actions from the idea stage to the post-launch phase:

Planning is the first stage in the game development process, the phase that makes the basis of the project a solid one. Before the actual work begins, it is necessary to develop the conceptual idea. It determines the type of video game, whether it will be 2D or 3D, some of the key features it must have, the characters, video game audience, which platform to build the game, and other details that will provide the project direction.

Maybe at first glance, this step seems the simplest of all, but it requires a lot of attention to detail because this plan will be the backbone of the whole project. There are also established tasks for each employee. 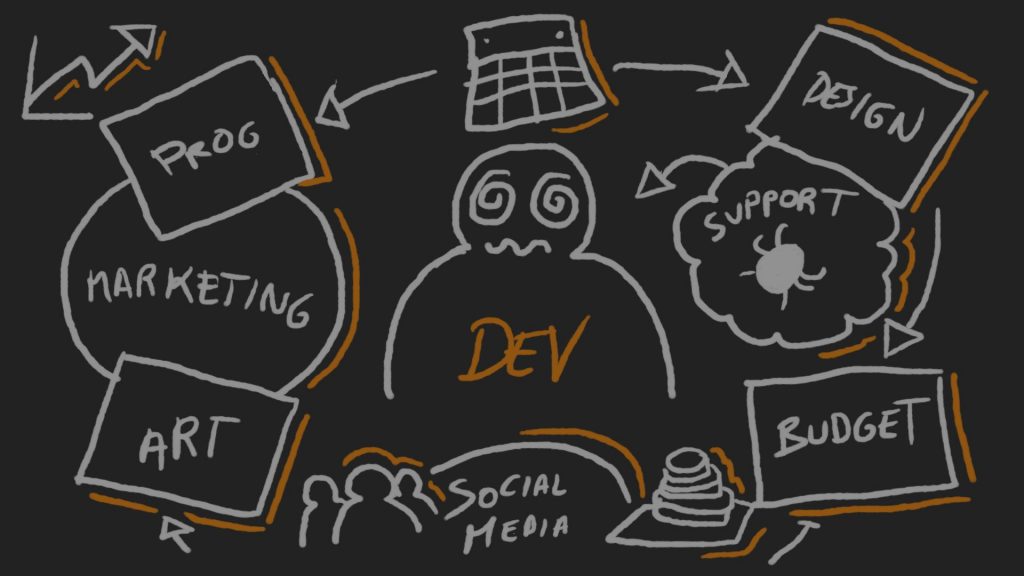 Which are the questions that we answer in this stage of video game production?

Once the idea, the type of game, the audience, and the characters have been established, the planning team must answer additional questions such as:

Planning continues in the pre-production phase. This stage focuses on writing design documents that describe the game in detail and massively influence the game’s overall success. It is good that this stage is not skipped because it greatly shortens the production time and simplifies all processes.

In this stage, the team is established the game’s economy, the events that will keep the players engaged, and the mechanics. Before moving on to the next stage, designers, programmers, artists, and level designers must build prototypes of the game to demonstrate they can bring the idea to life. If this step is skipped, they may reach the production finale and realize that they worked in vain because the game cannot be translated into reality.

Who are the professionals who act in this phase?

A complete team of writers, project leads, engineers, artists, designers, and developers is needed to complete the pre-production stage. Challenges such as the target audience’s mismatch, bad metagames, or architectural mistakes may appear, and the role of this professional is to solve them. 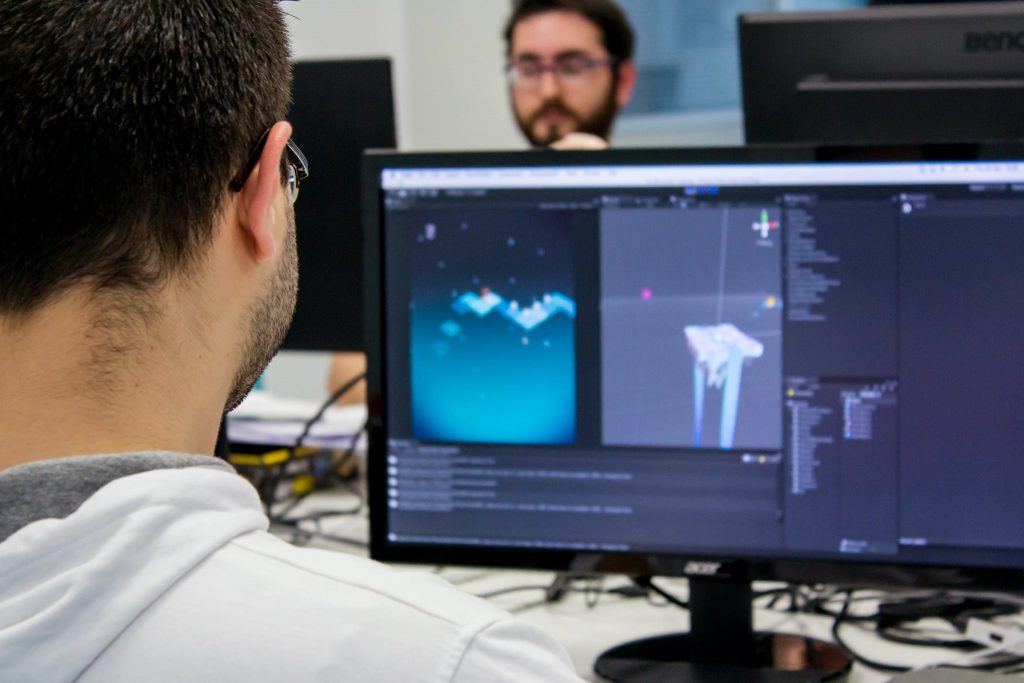 The production stage requires the most time, resources, and effort in the video game development process. The detailed work helps the game take shape, but the team’s considerable effort is to solve problems that arise as the project progresses.

In this step, the designer, engineers, producers, and basically all the team members must collaborate closely and be on the same page. At the end of the production stage, they should have an Alpha version of the game to enter the tests to fix the main problems. The internally tested version will be called Beta, which will be sent to many testers to detect bugs and errors.

There should already be a stable and bug-free version of the video game at the end of the production phase.

What actions are carried out during game production?

Some of the activities that take place at this stage are:

These are just some of the actions behind building a video game, but there are many more tasks to complete and many more challenges that the team faces with on the production phase.

To be ready for release, the team must thoroughly test the video game and observe every feature and mechanic in the game. At this stage, the test team considers whether there are buggy areas or levels, if all the elements are displayed on the screen, if the character can go through a wall, or maybe it gets stuck.

To detect all possible bugs, the quality control team uses several types of play testers. For example, they try to “break” the game by repeatedly hitting the walls or test the game to see if it’s too boring, too hard, or if it’s not fun enough. 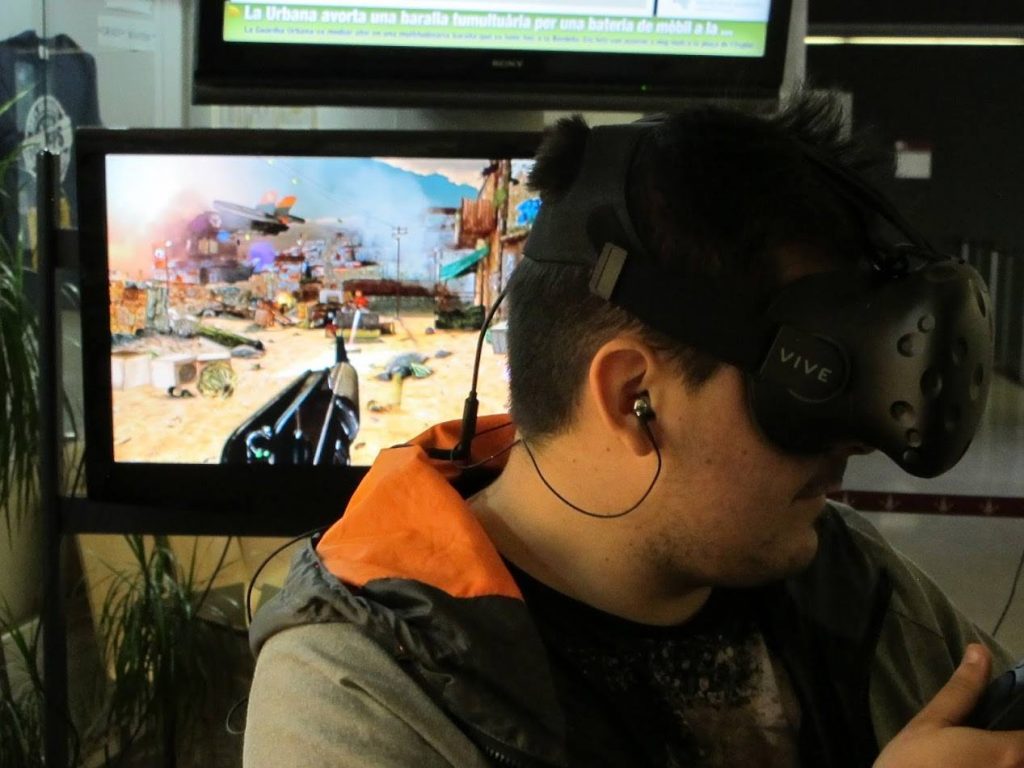 In the pre-launch stage, you will determine how the public will react to a functional beta version of the game. But before launch, the marketing team must ensure that the game reaches as many people as possible.

For example, the marketing strategy can include some hype videos that contain attractive elements of the game. Starloop Studios can help you create interactive video ads that can successfully generate greater conversion rates and build revenues for your game.

At this stage, the team’s efforts are focused on identifying and repairing bugs. Also, game developers and game artists will focus on polishing the game’s last details, such as texturing the characters’ clothes, adding small shadows in the game environment, etc. Although they seem minor, these changes bring even more value to the game and make it more interesting. When everything is finished, the game is ready to launch.

Although the game has been released, it doesn’t end there. The game may contain a few minor bugs, but they are solved quickly because players are open to sending feedback to developers or writing on the forum. Also, post-launch actions include periodic software updates too.

How to calculate the success of your video game?

To determine if your game meets its objectives, you can use KPIs – key performance indicators. Because each game is different, KPIs can vary from game to game, so you need to set your own measurement parameters.

The best-known concept for measuring user behavior is the one known as AARRR:

Acquisition – where / what channels do users come from?

Activation – do users have a great first experience?

Retention – do they come back & revisit over time?

Referral – do they like it enough to tell their friends?

Revenue – can you monetize any of this behavior?

Do you want a game to perform at world-class levels?

Indeed, the game development process can sometimes be complex, but if you choose to collaborate with a team of professionals passionate about video games, the results will always be outstanding.

With +10 years of expertise in the video game industry, Starloop Studios provides a full-level production of the game. Starting from the concept, we develop your game through its alpha and beta versions to its first release and beyond!

Feel free to contact us and set up a free meeting with one of our Starloopians.