What Software is Used to Create VFX for Games?

Video game players around the world want better and more immersive visual experiences. This demand for game visual effects is due to people’s widespread ease of access to the internet, the development of state-of-the-art technology, and the increase of gaming device performance, such as high-end mobile phones, PCs, and consoles.

In particular, as the supply and quality increases, the demand for animation and VFX such as Augmented Reality and Virtual Reality is growing exponentially. Improving visual effects software for video games has given the masses access to the highest quality, immersive VFX. This industry is also one of the fastest growing in the global media and entertainment markets.

What does VFX mean?

VFX or Visual Effects, is the process by which digital art software is combined with traditional art to create any phenomena that are not characters or objects. VFX artists can create incredible, explosive superpowers or things as mundane as water and dust. Each play a part in the creation of a greater project. Due to the advancement of visual effects software, they can develop various VFX in games, from explosions to something almost unnoticeable, such as the slow movement of clouds. However, if either were absent or low quality, it would be jarring for players.

VFX is used in both video games and movies, and its purpose is to keep the player engaged and immersed. VFX are essential because they give the game a much more professional look, give players a more engaging gaming experience, and enhance the user’s immersion in the world.

How is VFX used in games?

VFX includes several, different disciplines, and some of them could also involve programming when the technical artist needs it. Two major categories of visual effects applied in video games are gameplay effects and environmental effects. For example, most VFX in a hack-and-slash game are characters affecting the gameplay. To accomplish this work, VFX artists must understand the game’s mechanics and communicate continuously with the design team. Let’s take, as an example, a tornado of fire. Gameplay designers indicate ​the tornado’s damaging area. From there, artists must create the effect to match.

VFX artists most often use gameplay effects in-game genres such as RPGs, fighting games, and hack-and-slash. Instead, in video games like realistic shooters, the environmental effects occupy a place as necessary as the gameplay effects. With the gunfire being gameplay effects, these types of titles rely on the environmental effects in part, such as rain or fog, to really set the scenes and tone. Visual effects in games run in real-time, which means they must be created in a more efficient manner than the pre-rendered effects often found in films or cinematics. Also, the role of VFX is to communicate the gameplay, and VFX artists do this through shape language, color, and timing.

Maybe at first glance, players are not aware of the VFX and don’t notice them. But if VFX were missing, players would certainly notice it. For example, imagine if your gun left no bullet holes in the environment. Suddenly, it doesn’t feel nearly as real. VFX add atmosphere and greatly enhance the gaming experience.

VFX software provides artists with preset assets such as textures, animations, or meshes, but they’re like stock imagery. Therefore, the challenge for VFX artists is to create special qualitative effects in real-time based on these assets. Fortunately, the developers of VFX software are continuously improving the technology to render flawless real-time effects, simulations, and complex shaders.

Among the most popular visual effects for video games is morphing, which involves transforming an image through a perfect transition. Motion capture (MOCAP) is another popular VFX that records movements and then transfers them to a digital environment. And the creation of computer-generated images (CGI) and sound effects are often indispensable in VFX projects.

What programs are used to create VFX in games?

The more powerful the technology, the lower the limitations for making realistic video games. This is partly due to the top programs for visual effects that have come into use. For example, to create visual effects of smoke, explosions, or fire, some of the most popular software for video games are Fume FX, Phoenix FD, or Maya fluids. For destruction or rigid body simulations, VFX artists use Rayfire or MassFX.

The following software are just some of the top VFX programs that professional studios use.

3Ds Max is one of the most widely used VFX software in the world. Even most VFX artists at Starloop Studios use this software to create VFX, 3D character models, game assets, and animations. It is a choice software for game artists due to its robust toolset, simplicity, and speed. 3Ds Max is owned by Autodesk, the same company that developed popular software like AutoCAD and Maya.

Besides creating VFX, game artists love this program because they can use it in almost every stage of the animation pipeline: from modeling and rigging; to lighting and rendering; 3Ds Max makes it easy to create professional-quality animations.

Unity and Unreal Engine are some of the most important game engines on the market, where game artists spend most of their time using Shuriken, Cascade, Niagara, VX-graph Shader graph, and more. Unity is more famous for indies games because it is accessible and easy to work with. Unreal Engine is preferred by large companies with higher budgets who want to produce high-quality visual results.

With Unity, game artists get less sophisticated VFX, unlike Unreal, which gives a VFX specialist the necessary tools to put their most creative ideas into practice. Of course, this is not a hard rule. There are exceptions, such as Hearthstone, which is a high-budget Unity game with incredible VFX.

Photoshop is an essential tool that VFX artists use daily in their work. With this program, they can tweak some rendered images, matte paintings, clean plates, or create some textures from scratch.

Houdini is one of the most loved, known, and used software by VFX artists in game development. It’s mainly used for dynamic environments and particle effects. What is special about Houdini is it makes it easy to explore iterations as artists refine their work due to the node-based procedural workflow. This feature is brilliant for VFX artists because they can make edits to the project with fewer steps. To be accessible to as many studios as possible, including individual artists, Houdini also offers a low-cost version.

An additional reason why VFX artists like to work with Houdini is the advanced tools that allow a dynamic simulation which is key in delivering realistic VFX. 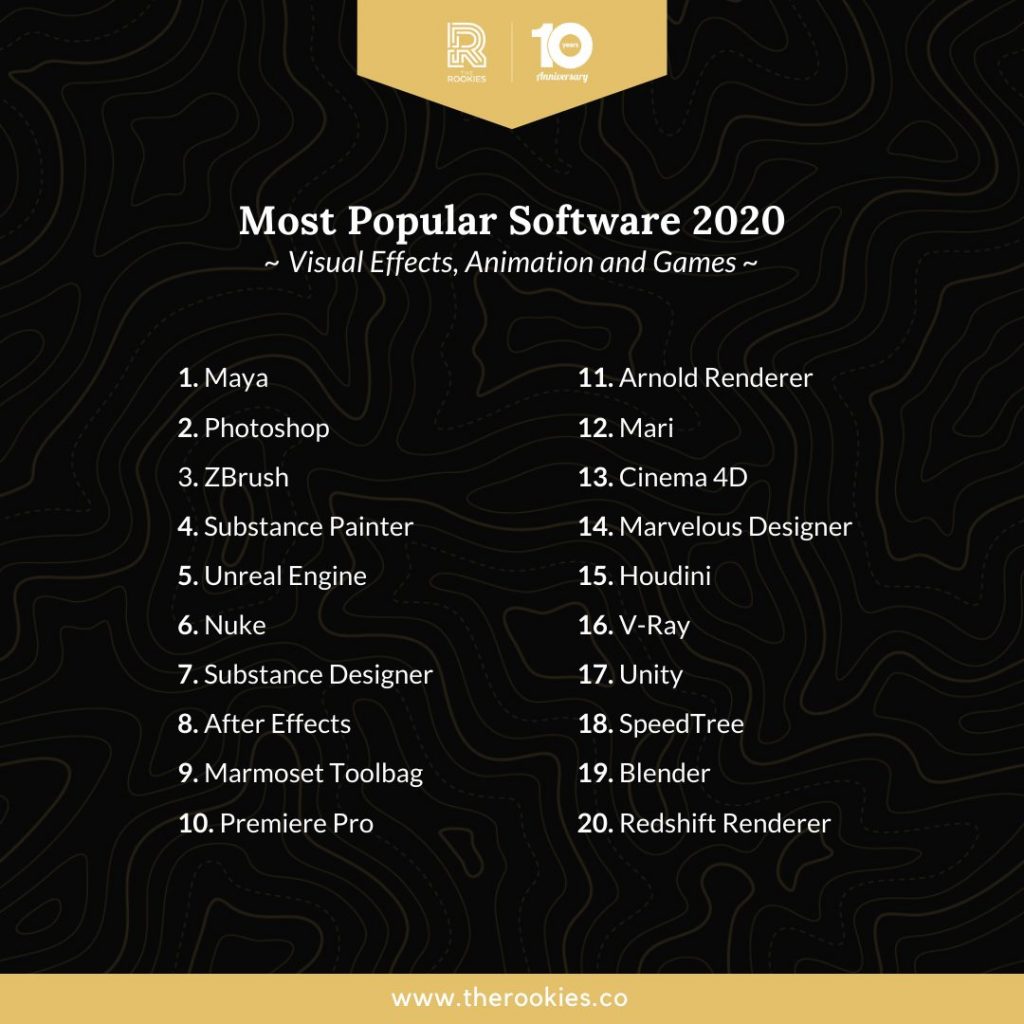 VFX artists can expand their creativity more and more thanks to cutting-edge technology and software like EmberGen or Popcorn.

VFX at its Best

To get creative and high-quality VFX, it is good to collaborate with experts who excel in their field. At Starloop Studios, we push the limits for every VFX project reach its full potential and beyond. We match the market’s best references without sacrificing performance.

One of our recent successful VFX projects, Duel Arena – Hero Battle Game, a fantasy strategy RPG with turn-based battles where players compete for victory. Using a broad set of tools and shaders, our VFX artists created visual effects from scratch in 2D and 3D that precisely render the style and impact that any game needs to be successful.