The video game industry has grown more in recent years, so if in 2018 the video game market was worth more than $ 130 billion, in 2020, it is estimated to be worth over $ 300 billion, according to Global Data figures.  This growth also leads to increased competition in the video game industry, so game development companies need to be competitive with the games they launch. At this moment, the range of games that players can choose from is numerous, so players’ demands on quality have increased. The video games should be as bug-free and entertaining as possible.

Why is game testing necessary?

Game development companies should invest enough in testing video games to ensure that the final product does not have errors or bugs. That would bring down the player experience- and you should already know that the central part of gaming is the consumer experience. With a good user experience, a game will thrive. There are millions of games on the App Store and Play Store, but being a winner among this tight competition requires a lot of patience and work. With so many games hitting the market daily, you need to be different to stand out and make your mark. Complex levels are no enough to keep the users engaged in your game and recommend it to friends. If the game does not work as the users expect, they will be quick enough to uninstall the game and move over to another.

QA testers look for hitches and weakness which can be polished before the product is launched to the public. Also, they must ensure through various techniques that aspects like emotional connectivity with the game, level of fun are in optimal condition. Below we detail some of the common techniques used by the game QA testing specialist.

This game testing technique‘s role is to check if the video game works according to the specifications. Some of the problems followed by the functionality testing technique are generic graphics, interface, stability, or mechanical issues. Also, with this technique, bugs like freezing, crashing, and progression blockages can be solved. 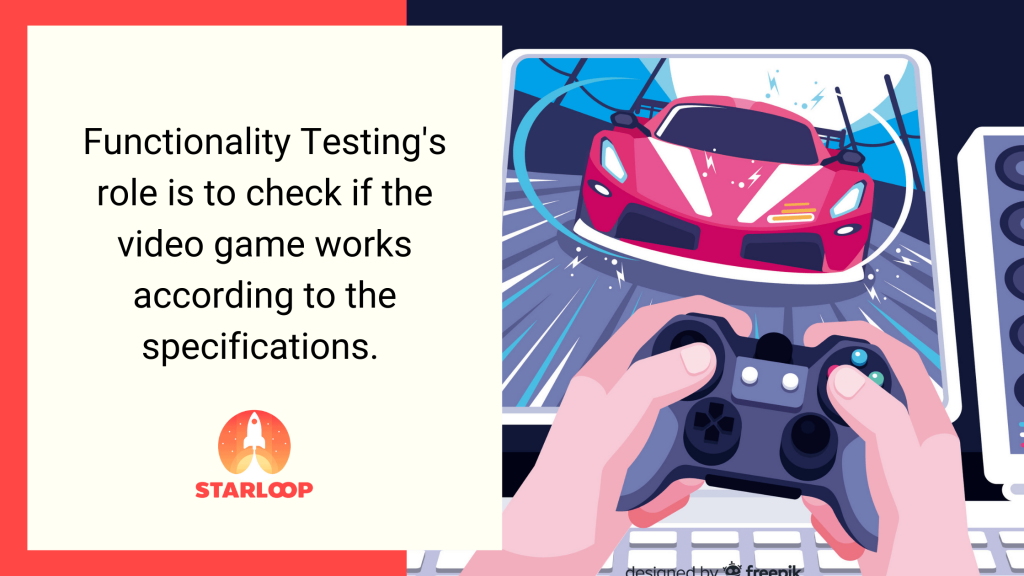 Game testers watch out for any graphical corruptions in the interface like missing graphics, missing colors, issues with location, or issues with animation & clippings. After identifying all the bugs and errors, game testers make a list and send them to game developers for fixing. After the game developers solve the issues, they send the game back to the QA testing team for re-testing.

With this game testing technique, you can initially check how many tests the game needs. The combinatorial testing technique analyzes and scrutinizes all the game outputs and inputs so you can get a clear image concerning distinct conceivable combinations and outcomes. This finding has important implications for testing because it suggests that testing combinations of parameters can provide highly effective fault detection.

This method is not a formal one, but on the contrary, all the procedures are done randomly. This game testing technique is also called “error guessing” and consists of detecting bugs through a random approach. Therefore, there is no need for any special documentation like requirement documents, test plans, test cases, or proper test planning regarding its schedule and order of performed tests.

Since ad-hoc testing is more of a “wild-child” testing technique that doesn’t have to be structured, the general recommendation is that it must be performed after the current test bucket’s execution is done. Another point of view is that this could be done when detailed testing cannot be performed due to less time.

This game testing technique helps you validate whether the user interface is compatible with all screen sizes to play the game. Each device is unique and can manifest different problems, including hardware usage, graphic detailing, screen sizes, or background applications. After verification, the video game must meet the software’s essential requirements, hardware, and graphics. Performing the conventional compatibility on physical devices is the best way to determine the performance accurately and know the end-user experience. 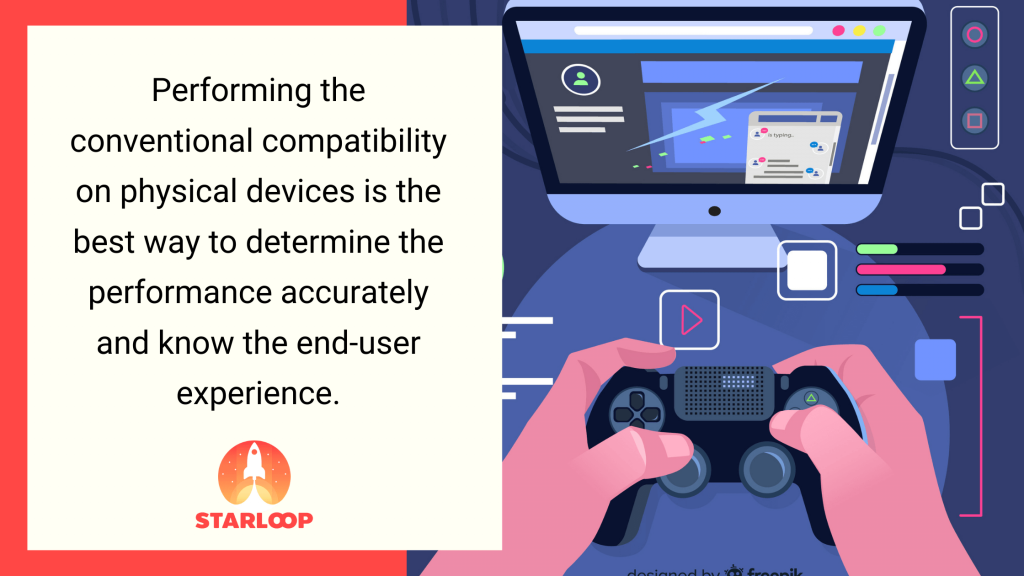 The cleanroom testing technique validates and improves the performance of the consistency and reliability of gaming software. By using cleanroom testing, you can identify the leading cause behind the bugs and small errors. The plan is for game testers to create tests that play the game just like the players. Which means they’ll find it easier to figure out what the players are up to.

The purpose of this game testing technique is to check again if the game functions work optimally, which helps to control the quality that is so important for the players’ experience. Practically, game testers resume checking the game and compare the current results with those obtained in the tests. They want to see if new errors have occurred due to the changes and see if there are any old bugs.

In conclusion, it doesn’t matter how great your game concept is if the final product has many bugs. The users will be unable to play it smoothly, and that will make your game a failure. And here comes the job of a company that offers QA testing services, such as Starloop Studios. We provide multi-platform game QA testing services  during prototyping, development, soft launch, and after release. Feel free to contact and ask us anything you need to know about improving your game testing quality.