What Should a Good Video Game Script Have?

Video games have made a massive leap from their beginnings, from simple shapes on the computer screen to complex stories with fantastic characters, scenarios, and graphics. At first, game developers created video games as simple actions, but now, through the complex stories that underlie the video game, the player is made to dive into a fantastic world and connect with the characters he controls. Video games have been elevated to the rank of art, and due to such complex scenarios, some experts say they can surpass conventional avenues such as literature or films. The way the game script is written and brought to life can make a video game become a real success.

The plot of a video game: elements and characteristics

First of all, a video game script has the role of immersing players into the game. The development of intrigue and dialogue is done by a video game scriptwriter, who designs the game’s story starting with the pre-production stage. The creation of the characters and the development of the narrative are done in conversation with game developers. They have to understand the vibration of the game and translate the words of the video game scriptwriter into images on the screen. Ideally, the script should be short so as not to bore the players. Even if the characters’ dialogue in the game seems interesting, most players want to return to action.

Players want to immerse themselves in the game and become part of it. One of the secrets that makes a video game script captivating is the player-character dynamic. The more alive the character becomes through graphics, behavior, and assets, the more interactive the player finds the game and wants to play it. Empathy with the character applies to all video games, regardless of genre. Characters let players see and experience an entirely new world and storyline through their eyes, which is why character development into a script is one of the most important aspects of a video game storyline.

Examples of video games from the Starloop Studios portfolio

Element 2: Type of interactive space for the player to explore

The interactivity with the space in the game is one of the elements in the video game script that the writer must consider when starting work. The exploration of the game environment by the player can take different forms. For example, it could involve touching and lifting objects in the game, walking in any direction on the map, or simple actions such as watering flowers, feeding animals, etc. The player wants to discover and step into the fictional universe, so the type of interactive space is an element that a writer must think about as well as the dynamic player-character.

What must a video game script have to be good?

There is no secret formula for writing a perfect video game script, but it could become attractive to the audience if it meets certain conditions. For example, a video game can have many levels that last over 50 hours, give the player a lot of choices to make, or take a maximum of 30 minutes for the player to follow the path of the game without being able to make too many choices. In addition, some players want to complete missions and fight with characters, while others are attracted to all story games, and it is a pleasure for them to explore the environment.

1. The main story must be well defined

The storytelling may have more possibilities for the end, but regardless of this, to make the work easier, the first step is to highlight the main story and have a central sketch of the whole story. This outline highlights the significant events, decisions that the main character has to make in the fictional universe, various plot twists, and three different ending possibilities. Some people may find that outline is unnecessary, but this step will keep the writer out of trouble and save valuable time.

2. You must define very well what type of video game it will be

For all the threads to blend harmoniously, you need to know exactly what kind of game you write the story for. You can’t go on writing the story if you don’t know the exact type of game. It’s like trying to write a novel without knowing if it’s in the first or third person. Some of the genres your game could be part of are: 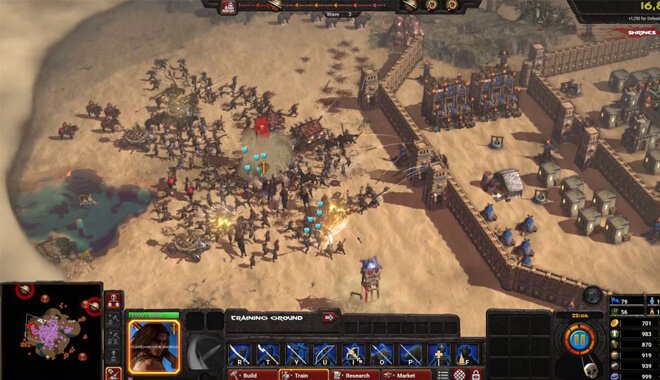 3.The world of the video game and its characters must be well defined, explained and detailed

After the game world was created, now is the time for the characters to be outlined. The writer needs to keep in mind that the interaction between the player and the main character will be in the first person so that the approach may be challenging for new writers. This step outlines the personality of the characters and their behavior in the face of certain events.

4- The main story should be written with a flowchart

A flowchart of the main story will be a real help during the work. This will indicate irregularities in the video games script or possible script changes. Also, a flowchart could show where secondary missions could be introduced, but this is valid for slightly more complex video games. This step can make the writing process easier for the video game writer and make it more manageable to add a plot twist to the script. A flowchart is so helpful that it is used successfully even in writing novels and books.

5- Define the details and narrative complements of the video game

After establishing the essential details, the writer can put them together and add narrative complements to the video game. In this step, he plans how players can reach various endings of the story. First, the writer should have a basic version of the story, to which he can add multiple secondary versions of the story, missions and non-playable characters (NPC). Their role is to interact with the player, reveal information about the world, and details how the player can complete missions.

Also, items can be part of the list of details in the story. These are not just armor and weapons but can be various objects that the player can use to achieve his mission (jewelry, letters, abandoned houses, etc.).

Sometimes, writing a video game script seems overwhelming, plus development work. Starloop Studios offers support in all phases of video game development, including writing compelling screenplays. Our professionals apply their extensive experience and creativity to make your gaming dream real, so feel free to contact us and find out more details about it.