How to Build An Insanely Profitable Mobile Game?

Mobile gaming is a huge market for potential revenue. There are countless success stories like Angry Birds, Candy Crush, Clash of Clans, Flappy Bird, etc. They have inspired millions to take an initiative in mobile game development and mobile game outsorcing. According to Admob, 62% of smartphones users install a game within the first week of purchasing their device.  This represents an immense market potential.

Adventure, Action and Puzzle games seem to be a safe bet, while strategy and role playing games get more revenues. The study also shows that about a third of U.S. mobile gamers spend an average of 9 hours a week playing games on their smartphones.

In this context, Statista, carried out research about the number of mobile phone gamers in the U.S. from 2011 to 2020, and the projection for that last year is approximately 213 million people. This data is acts as evidence of people’s need for new entertainment options in the mobile market and as a big opportunity for developers to satisfy the demand.

Still, only a few mobile games are able to recover their development expenditure. Developing a successful mobile game is no cake walk. For creating a profitable game, you need to study your target markets, create an engaging gameplay and strategically monetize it.

Here are eight key points on how to build a profitable gaming application. 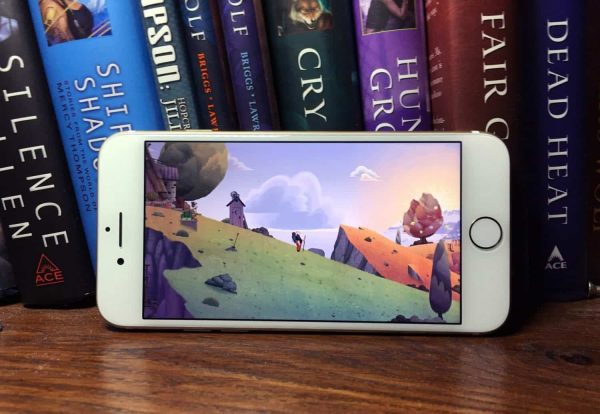 Stories go a long way in the gaming world. Your players will need a purpose to finish the game and for that, they will need a compelling storyline for mobile game however simple it might be. In fact, creating a story is not difficult. To create it simply answer the following questions about your characters and you will get a story for your game: 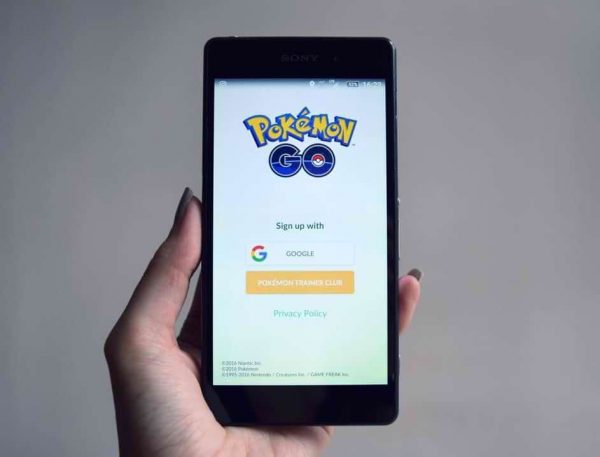 “Keep it simple, stupid” is very good advice when it comes to designing the user interface and engine of a mobile app. Don’t scare your users with a flood of menu items, buttons and content on their very first experience with the product.

Regardless of the age of your target audience is, your game app should be simple enough for a nine-year-old to figure out. The more a person has to “work” in order to get what they want or need, the more likely it is that they’ll avoid repeating the action (in our case – using the app again). So don’t make your user “work.”

3. User Experience Is Everything 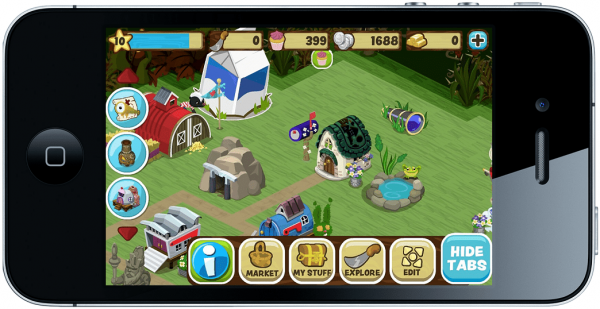 If your app crashes on start for 50% of users, don’t release. If it takes more than three taps to get into the core functionality of your app, you screwed up the UI and need to simplify it. Don’t release. If your app has abusive monetization or pushes ads in a way that is perceived as unfair, you screwed up the monetization. Don’t release. There’s about a novel’s worth of ways to screw up the user experience, but it depends on the specifics of your game. It is important to keep the weight of your design elements to a minimum. If the intricate details in the design end up impacting your game’s performance then it will be highly counterproductive. Always ensure to keep design weight minimal while ensuring good user experience.

4. Reach for the Stars 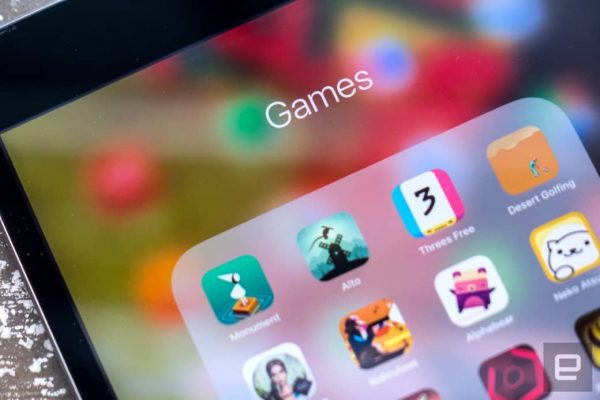 Here is the formula for monumental success beyond finding a niche and having a good user experience (which you still have to do). Do something no one else has thought of. Take an old, seemingly complicated genre and completely re-imagine it for a touch interface. Examples?

Versus Tower Defense – Clash of Clans

5. Invest Some Money In User Acquisition 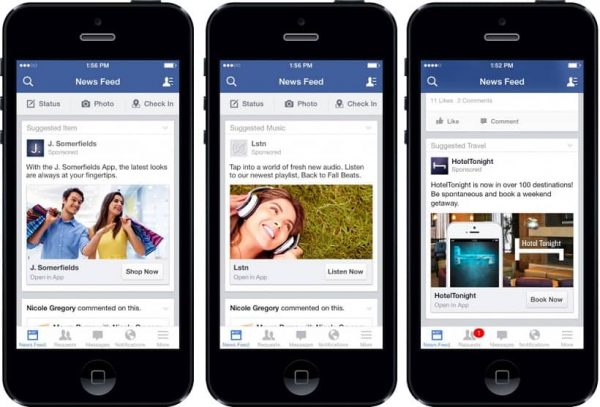 This is a tough pill to swallow but these days getting pure organic growth is very difficult and complex. No one has a proven formula that works every time.

Everyone is online and everyone one who wants an online business is trying to find the secret or trick to attracting the masses.

Truthfully, there is no trick to this. The app market is cluttered with games and apps all trying to achieve the same as you.

Sometimes it takes a little investment on your part to get the ball rolling. You may need to invest in those initial 5,000 downloads in order to boost your game in the charts and start getting organic growth.

Facebook and Instagram are perfect for this. But make sure you know what you are doing before you start running campaigns.

Facebook has tons of data on its users and allows you to use this data to target your customers. Use this to your advantage.

To attract consumers to download and interact with your mobile game you need to know exactly what players are looking for. That is why it is good to collaborate with game user marketing specialists in the field who have already successfully promoted video games and attracted tens of thousands of players. They already have the road map and things will be easier. 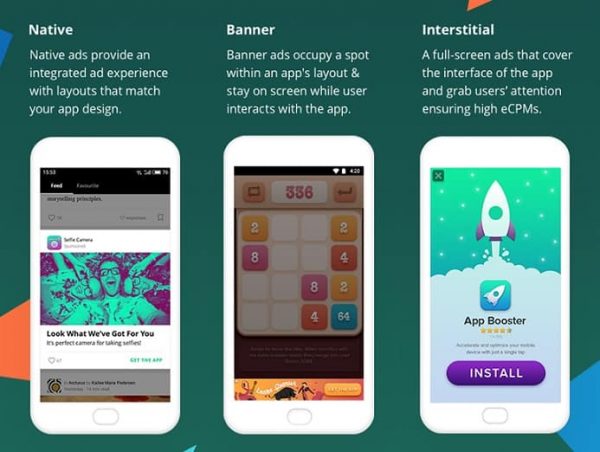 Once your game app is finally accepted by the marketplace of your choice, you next need to think of making money on it via app monetization.

How can you earn decent profits through your game app? Follow these tips to help you monetize your mobile game app.

Including in-app purchases and third-party advertisements within apps can help you generate additional app revenue streams. Delivering relevant advertising content to users increases the chances that they would go ahead to actually make that purchase while working with your app.​

While using in-app purchases, make sure that you do not bombard your user with too many messages. This would only prove to be counterproductive, as it would discourage them from using your app. Work to achieve the right balance with this aspect of monetization.

You could contact other game app developers to cross-market your app with theirs. This is similar to an ad exchange program, wherein you could place information about your app within their app, in exchange for their doing the same within your app. You could also consider working with affiliate marketing, advertising other products within your app. This is more discreet and subtle and hence, invariably proves to be better than traditional methods of advertising.

Try to include real money gaming where possible. Of course, this may not be permissible throughout the world. However, it has generated a massive market in the regions where it is considered legitimate. Gaming with real money comes with its own regulatory and law enforcement issues, but it is undoubtedly a great source of revenue in the nations where this is the accepted norm. The UK is presently the biggest market for RMG or real money gaming. 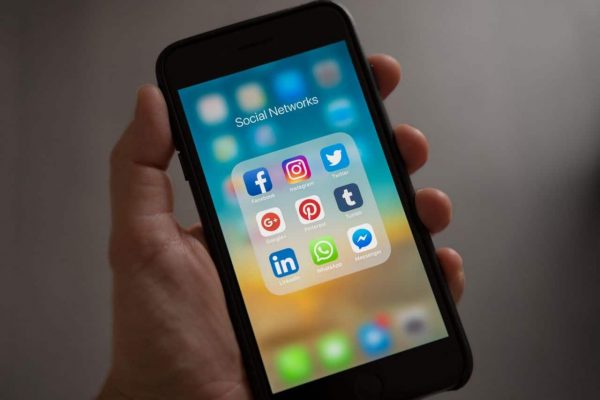 As cliché as it sounds. Social media is truly a beautiful marketing machine….when it works.

The key to successful social media marketing is either 1). Increasing your games viral ability 2). Building up a large enough audience to give you a good surge in downloads during initial launch.

To increase the chances of your game going viral, add an invite feature that basically MAKES the user invite a friend at some point during the game.

At some point, if they want to continue playing in the game, they must invite a friend.

This may not make the game go viral but it does trigger organic growth. Letting your users market for you.

But the key to this working is to actually have a fun and engaging game.

The viral loop can be seen in games like Clash of Clans and many other games similar to it.

Building up an audience is not easy and takes work.

Even though the face of the app market has changed DRASTICALLY, there is still money to be made in the market.

There are some reasons on how a gaming application become successful and profitable. It can come from the quality of the game itself, riding the wave of a trend that suddenly appears when the game is released, or you can hit the right market with the right marketing strategy.

In order to obtain any success in the market you must approach it with strategy and have a game plan ready to go.

With a extensive experience of working on mobile technologies for +10years, Starloop Studios can handle a project of any size. If you are looking for a developer to shape your development initiatives then feel free to get in touch.