What Benefits Does Unity Bring to the Development of Social Casino Games?

Casino games have become increasingly popular for gambling enthusiasts, so they are now a significant part of the video game industry. According to Statista, in 2020, the global social casino gaming market was valued at 6.2 billion U.S. dollars, and mobile casino games were among the top-grossing mobile gaming genres worldwide 2020.

Social casino players are also more ready to pay money on in-game content than other players. In 2020, the average expense of in-app acquisition transactions per paying user amounted to 11.92 U.S. dollars. This is almost double the amount that users of other gaming genres are paying for their digital content. 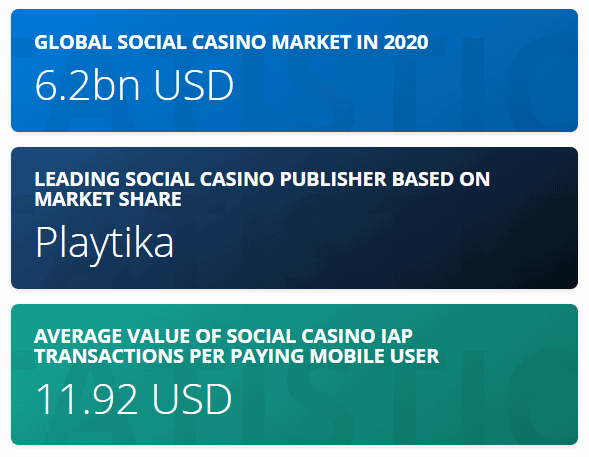 Due to the accelerated pace with which casino games have advanced, game developers have sought technological means to facilitate and improve the game development process. In order to stay ahead of the competition and differentiate themselves from it, game developers are currently using advanced tools and technology to help satisfy players’ aspirations and provide an improved game experience. Of all these, the most preferred tool worldwide is Unity. Due to the multitude of functions that this game engine offers, Unity  is the best choice for most game developers who want to create a head-to-tail casino game.

What are the Social Casino Games?

Social gaming most commonly refers to online games that allow for social interaction between players. They may include multiplayer card games, board games, social network games, and interactive multiplayer video games. Casino games are included in this category and involve simulated gambling games like poker, slot machines, bingo, lotteries, reel spinners, blackjack, and roulette. These do not require monetary payment to play; instead, players wager virtual credits. The outcomes are not always based on random odds but rather on algorithms designed to enhance player engagement and satisfaction.

Social casino games can be 2D and 3D and downloaded to mobile devices or played on the desktop or web browser. They are free to download and play, and they often make their money through in-game purchases. Although they are called casino games, players do not pay real money to play in most of them. When users are out of coins, they can’t play again until coins are restocked, which often happens daily or hourly. If players no longer have coins and want to continue playing, they can buy coins with real money. But this is not considered gambling because players can buy various items in almost all social video games or pay to reach more difficult levels. The social casino games’ primary purpose is to entertain and provide an immersive experience to each player.

What does Unity provide to the development of Social Casino Games?

Unity is often compared to Unreal Engine by Epic Games, the two being the most used globally for game development. But, most of the time, due to the assets it offers, Unreal Engine is widespread among PC and console game developers; it is oriented toward bigger, high-performance projects by professionals. Based on the C++ programming language, Unreal Engine demands further extensive programming than Unity (which uses C# programming language) but allows more customization, enabling more powerful performance. For social casino games, Unity dominates in the choices of game development studios, being the most suitable game engine for mobile games app development.

Interactive experiences with AR and VR. Social Casino Games that use AR and VR boost the excitement and offer a gaming experience that most players want to repeat. Unity allows game studios to quickly try out ideas and build optimized to quickly create truly captivating social casino games through the flexibility and optimal graphics performance it offers. Also, Unity having the familiar element of the editor and various tools can be the difference between launching the game or not.

Broad Assets Store. Every game environment has to be populated with virtual objects that represent a real or imaginary world. These models, objects, environments, and so on can be created from scratch by game designers, or more simply, they can be bought or used for free from the Unity Assets Store. For example, the amount of assets in the Unity Asset Store totals approximately 31,000+ 3D assets alone. The assets that game engines offer developers today significantly shorten the complexity and the time invested in developing social casino games. Also, the assets found in the Unity Assets Store add value and uniqueness to your casino game and make it remain impressive in the long run in a crowded industry market. 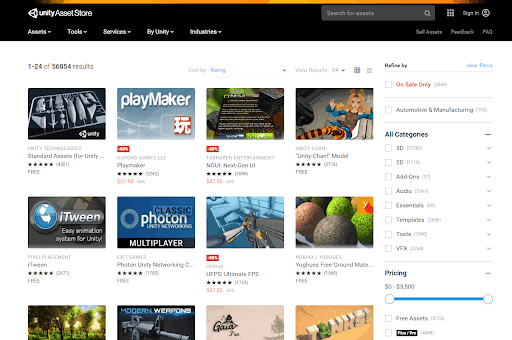 Eye-catching game design. In the case of social casino games, a UI / UX that steals the first glance has a significant impact on the user’s decision whether to play the game in the long run or not. Game developers use Unity to create a unique and attractive UI (User Interface) and UX (User Experience) along with immersive animations and graphics that catch players’ eye and make the difference between a monetization strategy that works and one that doesn’t.

These are just some of the benefits that game developers have if they create social casino games with Unity. Due to all these mentioned advantages and many others, Unity is a quality and competitive programming tool which is perfect to create the gaming experiences of real money players. Through social casino games created with Unity, players have access to better bets regardless of their geolocation. Also, game developers can evaluate through Unity’s tools the progress of the social casino video game and its success.

Which version of Unity is the best for developing Casino Social Games?

Since first announced and released in June 2005, Unity has continued to improve continuously, so today, the game engine extends to support a variety of desktop, mobile, console, and virtual reality platforms. Unity is particularly popular for iOS and Android mobile game development. According to Unity, apps made with their game engine account for 50% of all mobile games and are downloaded more than 3 billion times per month. In addition, approximately 15,000 new projects are started daily with its software.

The latest Unity versions offer game developers two different release versions, Tech Stream and LTS (Long-Term Support). Tech Stream versions give the game developers early access to the latest features. In contrast, LTS versions undergo additional rigorous testing and ensure more excellent stability with two years of support. Regardless of whether we are talking about casino games or other types of social games, it is recommended that game developers use the latest version released by Unity due to the improvements made from one version to another. For example, at present, the latest Unity released version is Unity 2019.4 LTS.

Our team of 150+ software engineers contains best-in-class developers proficient in all the latest techs. With over 10 years of experience in the video game industry, Starloop Studios turn your impressive idea into a tempting social casino game with our premium Unity 3D game development services.

Contact us at hello@starloopstudios.com, schedule a free consultation with one of our Starloopian and tell us about your dream product.