Unreal Engine 5 Features and How it Can Improve Gaming?

For those not in the know about game engines, the hype around Unreal Engine 5 or UE5, might seem overblown or exaggerated. The truth is quite the opposite. From Unreal Engine 5’s features to its new capabilities, and all-in-one package offering, it’s no wonder the industry is excited.

Unreal Engine is a staple of game developers, both large and small. From the humble indie groups or students pulling together their first project, to AAA studios and blockbuster titles, Unreal Engine has seen and done it all. And with the release of UE5, we will no doubt begin to see a wave of new and innovative creations.

What makes UE5 so good?

At its core, what makes Unreal Engine 5 so good is its modularity, base level of visual quality, and the ease of access. Typically, a game engine is the core of the experience. And into the engine, you insert previously created models and animations, audio already created and ready to go. Each of the elements of the game would be created externally and imported into the engine. Unreal Engine, and in particular UE5, scraps the idea and instead brings it all into one place.

Now, developers can deploy high-quality environments, highly detailed models, and a premium visual quality, all created within the engine. As a flat upgrade to its intuitive predecessor, Unreal Engine 4, Unreal Engine 5 offers a high level of quality and visual fidelity. It gives developers access to quality facial realism and a large-scale world-building without any extra mess or fuss. 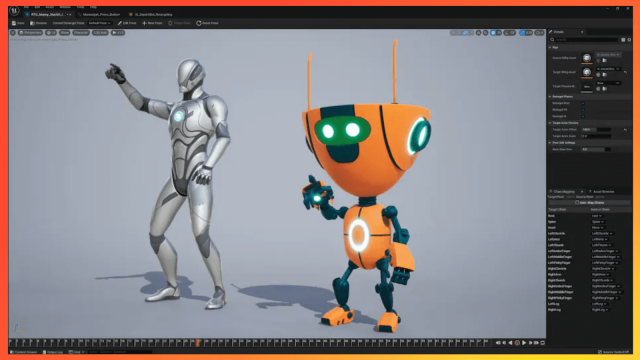 What does UE5 do for games?

For gaming, it means smaller development teams can now reach even higher. The quality of entry for even solo developers has been raised significantly by the arrival of Epic Games’ Unreal Engine 5. Creating games with UE5 now means easily implementing dynamic lighting, shadows, and potentially huge worlds for players to explore.

And for larger studios and more experienced developers, it means their game development cycle can skyrocket in quality. Using the new tools like MetaHuman and World Partition, developers can create high-quality and lifelike models to inhabit realistically created worlds and landscapes. Thanks to its modularity with game feature plugins, developers will also be able to implement new features or downloadable content with shorter turnarounds.

What are the new features in Unreal Engine 5?

Aside from a flat updated visual style and streamlined workflows, there are some exciting new features that developers can look forward to using. Players will get to enjoy things like the new Lumen Global Lighting System, Virtual Shadow Maps, the World Partition tool, and the incredible MetaHuman character creator. 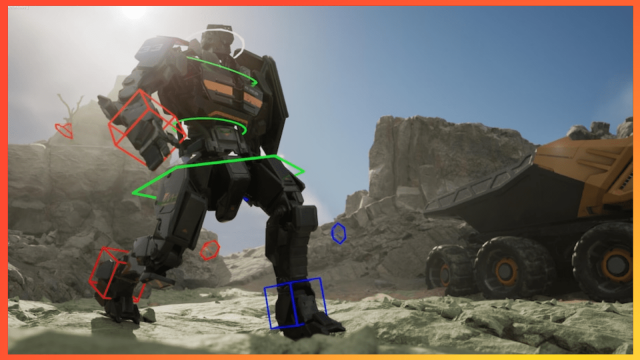 Whether you’re looking for a highly detailed room or expansive valley, Lumen solves many of Unreal Engine 4’s problems and now offers global illuminations and dynamic lighting in real-time.

It also offers plausible soft shadows and provides a simple and straightforward shadow solution, all with controllable performance costs. Perfect for a gripping and immersive experience.

To create large maps, developers are often required to break levels down into sublevels. This is both for streamlined loading and realistic creation of the world itself. While this is an effective handling of the problem, it does mean it is difficult for developers to view the whole world in context. And it requires file sharing between multiple users.

World Partition keeps the world as a singular file, but breaks it into grids and only loads what is needed. This means it can all be viewed together and editing is made easier regardless of the area size as it will only load what is needed.

In addition, multiple layers of the same plane can be created. This means different instances of the same map can be easily loaded and edited. Whether it be a different season, a climactic battle, or a cataclysmic event, developers can change their landscape as needed and keep them all in a single place.

The ever-growing realism of characters in games is a careful balance to avoid the uncanny valley. But with the new MetaHuman tool, realistic characters can be created at will. These can serve as a brilliant basis for character artists to work from, or help fill out chaff NPCs in large scenes.

It also helps to streamline the animation stage of character creation, meaning an easier and faster pipeline for all involved. 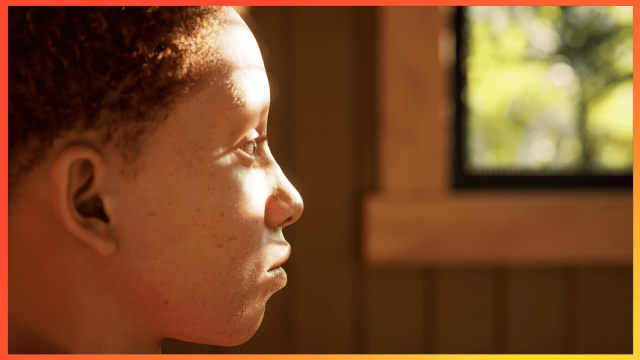 Good News for Studios of all Sizes

These features are all accessible from the get-go. Regardless of your studio’s size, Unreal Engine 5 will no doubt herald a new stage in game development. We’re excited to see where it takes the industry next as everyone from solo developers to AAA studios get their teeth into UE5 and its amazing new features.

Interested in high-quality game development? Maybe you’d like to see what Unreal Engine 5 can do for you and your project? Starloop Studios is a one-stop studio, ready to help deliver your dream game. Get in touch today!