Tips and Tricks for Developing Console Games with Unity

Since its launch in the 1970s, video games on consoles have easily maintained their popularity. Over the years, more and more players have enjoyed classic games such as Zelda or Super Mario. Although technology has advanced and there’s been a sharp rise in mobile and PC gaming, revenues of the global video game consoles market keep rising every year. Console gaming growth is significantly impacted by the positive development of digital gaming sales.

In 2020, the United States, Hong Kong, and Spain had the highest growth rate of video game consoles globally. And today, consoles are no longer just gaming devices; they are your link to gaming, streaming, and browsing. Unlike the beginnings of video games on consoles, players can now purchase subscriptions to have unlimited access to video games. For example, as of late 2020, Nintendo Switch Online and Xbox Live were the most favoured gaming subscription services worldwide, with nearly 50% of the consoles’ respective user bases subscribing to them.

How is Unity applied in console video game development?

Console game development is complex for any indie team or outsourcing studio. Still, programming tools and the right technology can allow them to create quality games quickly. Some may wonder if you can make a good games with Unity, but its popularity gives you the answer.

Unity is one of the most popular game engines for consoles, with over 40% of console games made with it. Creators of all kinds are using Unity to successfully bring their games to Nintendo Switch, PlayStation, and Xbox. This game engine offers game developers many features such as superior graphical rendering, sound, and animation to complete the project from concept to completion.

Registering with platform holders is the first step for any game developer to start their game console project. Game developers must apply for developer status and require approval from the console platform holders. Each console company has its requirements; for example, Microsoft, Sony, and Nintendo require registered developers to sign non-disclosure agreements or NDAs.

To start your console game creation, you must first set up your development environment. Unity has several versions compatible with each particular console SDK. Both are periodically upgraded, so it’s essential to ensure the Unity version you’re using is set to the latest SDK version. Game developers should also know that they must use a Windows 10 PC with Visual Studio installed, as macOS or Linux is not supported. 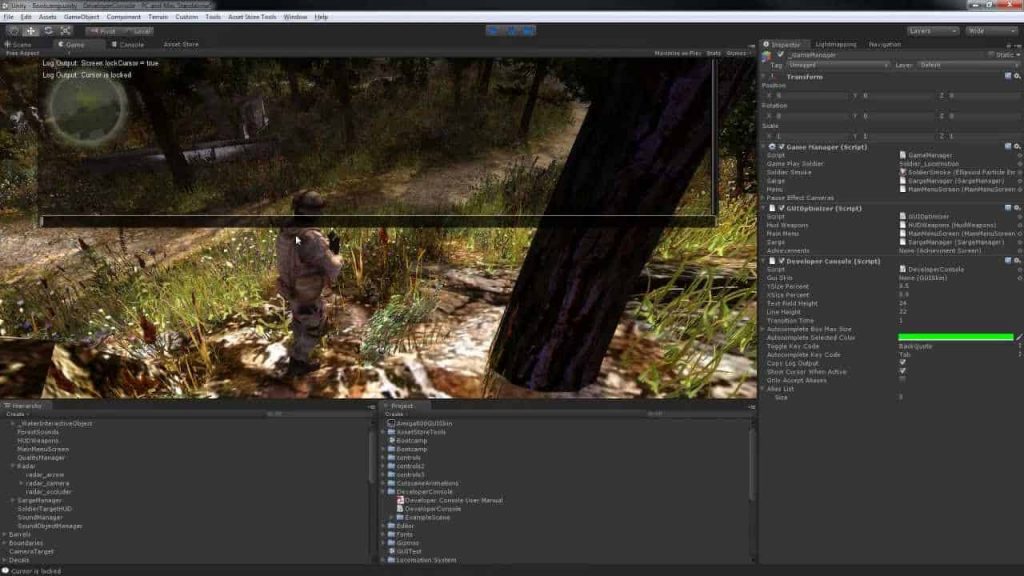 Before game developers can optimize game performance, they need to profile the content. They can profile performance with the profiling tools provided by each platform provider and those built into Unity. These allow them to explore hardware details and see the bottlenecks that slow the game’s running, graphics performance, frame time, etc. These stoppages could be due to things like your script code, disk reads, or physics.

The often complicated development process, involving art assets, animation, audio, and more, has been simplified precisely because of game engines, like Unity. One of the reasons Unity became so successful is that its pricing structure is developer-friendly. Game companies don’t have to cut their revenue to Unity; they pay Unity per seat on a subscription basis. But the most significant reason why console games use Unity is the right tools that this game engine offers. Unity CEO, John Riccitiello, even stated in an interview that “We drive ourselves to put the most powerful tools possible in the hands of creators, small and large, so that they can realize their dreams.” So if you are planning to start developing a video game on the console with Unity, here are some tips and tricks to keep in mind.

Before starting game console development, game developers need to know what game features are console platform-specific. Whether it’s texture resolution, iconography, and native plug-in libraries, they must consider as many aspects as possible to avoid encountering too many complications.

Also, they need to know how they will patch game content. Once the game is live, developers use Unity Addressables to support dynamic game content and fix bugs. In Unity 4, Asset Bundles were introduced to allow game developers to separate content from the app install to deliver regular content updates to live apps with a small initial download size.

Run your project on the console hardware

When setting up your development environment, you need to run your project on the hardware console. Running the video game on the current hardware console is different from running it in the Unity editor. In addition, specifications such as clock speeds, save and load times, and the amount of RAM available is different for each console. Therefore, it is recommended to run your game frequently on the dev kits throughout development. 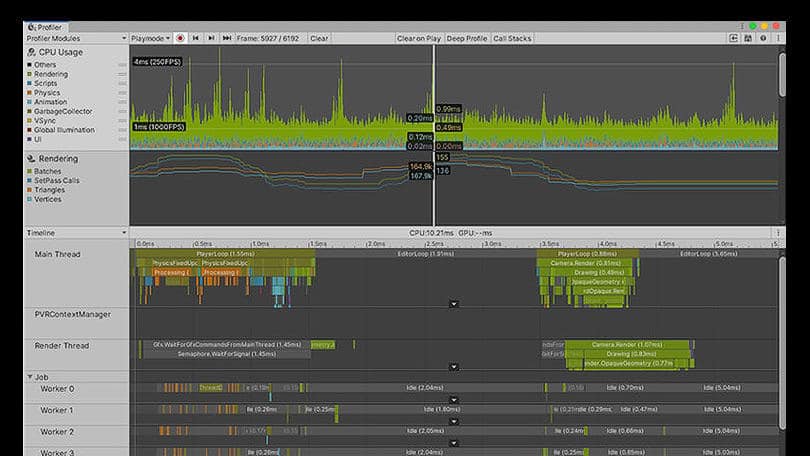 Design the console game with users in mind

From writing the game story to the whole game’s design, you must keep the player in mind. For them to have a good experience, UX (user experience) is essential. If the buttons or menu are challenging to navigate, players will be frustrated and soon give up. Therefore, it is best to keep UX simple, intuitive, and consistent.

The attraction or “hook” can be the characters, the story, or the mechanics of the game. If you consider this point before designing the game, you will know what to do and how to get your players to engage with your game.

When playing a video game, players want to win. They want to be challenged, but if you go overboard it can just be very frustrating. Consider balancing damage and ensuring levels aren’t overly complicated. This is a delicate balance to work with, as no one wants an easy win, but frustrating loss upon loss will certainly have players abandoning your game.

It depends a lot on the genre of the console game, but most of the time, the players are looking for a pleasant and fun experience. Regardless of genre, always look to include memorable characters and moments. Many players want to be engaged, they want to have a response to the story and world before them. Work on that style and how you want players to respond to your game. 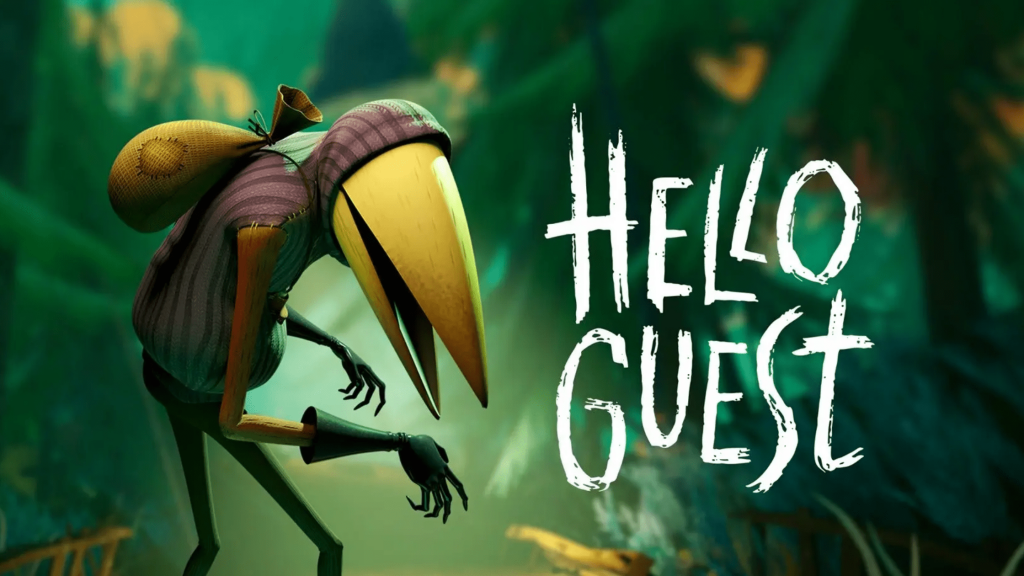 Hello Guest, one of the console games developed by Starloop Studios

If you want your console game to perform at the word class level, you must understand what works in the video game industry. Especially if the main goal is to monetize the game, the final project must be seamless. To ensure this, the best solution is to work with an outsourcing studio that has already successfully launched game consoles that have brought in revenue.

Each console type has its specifications and requirements. This long list can be challenging for a beginner to understand and meet. That’s why an experienced team like Starloop Studios can deliver solid console titles  through full development.

Being a leading console game development company, our game developers can blend the right strategy with the requisite skills and ensure successful delivery.

Whether you need assistance on conceptualization, story development, design, UI / UX, or full-stack console game development, we’ve got you covered. Feel free to contact us at hello@starloopstudios.com and we’ll offer you a comprehensive end-to-end solution that meets your budget and deadline requirements.