Today, we are experiencing a period of extraordinary technological change. We see significant progress in cloud gaming, amazing graphics, VR and AR gaming, and mobile games. These lead to the creation of key trends that tend to define innovation in the coming years.

The last year has brought more cutting-edge new experiences, so by the end of 2020, nearly half of announced next-gen games were being built in Unreal Engine. In addition, Unreal Engine has given free rein to game developers to use their creativity, so at The Game Awards 2020, video games developed with Unreal Engine were nominated for 17 awards, of which they won 5. Also, they made up over half of the world premieres featured during the main show.

Unreal Engine is not only used in the video game industry but is also used by a growing number of architecture, engineering, and construction (AEC) professionals. According to a survey by CGarchitect, 43% of them use Unreal Engine in their projects, which means almost half.

What is Unreal Engine 4?

Unreal Engine 4 is one of the most popular and widely-used game engines developed by Epic Games. It is easy to use and offers advanced real-time 3D creation tools to create immersive gaming experience and breathtaking graphics. Unreal Engine 4 is free to use, but after your gross revenues from your game exceed USD 1,000,000, there is a 5% royalty that video game developers must pay. “This is amazing for developers, but also students and people who are interested in how a cutting-edge game engine is built from the ground up,” says Filip Coulianos, lead level designer at Hazelight Studios.

Video game developers use Unreal Engine 4 to create titles for PC, mobiles, but also for consoles such as PS $, Xbox One, and Nintendo Switch. Precisely, this flexibility to create video games on multiple platforms is one of the reasons why Unreal Engine is so widely used globally.

What games have been made with Unreal Engine 4? 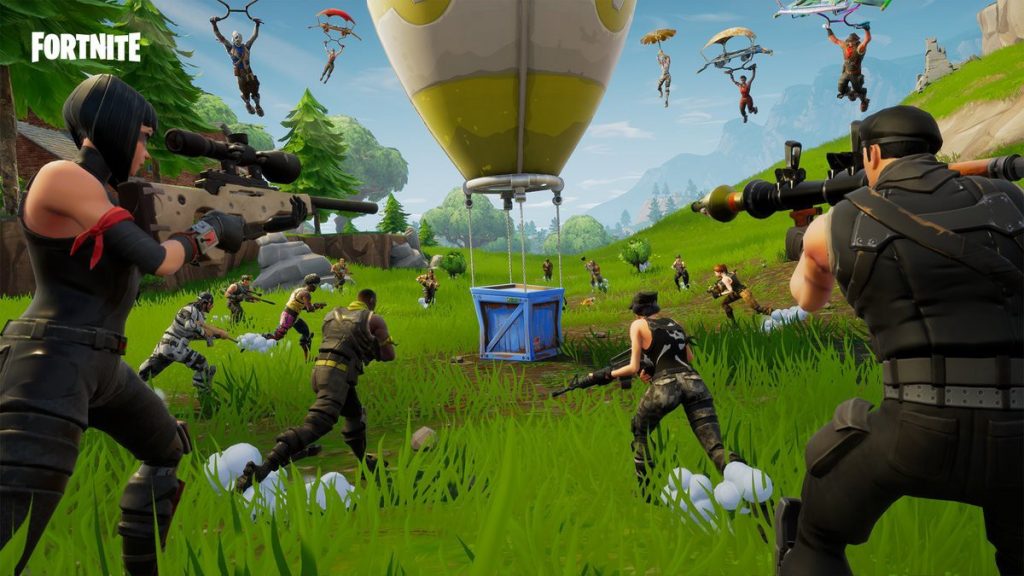 The launch of Unreal Engine 5 was eagerly awaited. The announcement was made during one of Geoff Keighley’s Summer Game Fest also featured an impressive tech demo, demonstrating what should be the “foundation for a new generation of games,” – said Epic CEO Tim Sweeney, during an interview with GamesIndustry.biz. Games made with Unreal Engine 4 will be compatible with Unreal Engine 5 and can even be moved to it.

One of the problems that Unreal Engine 5 solves is budget constraints. Usually, the budget allocated to developing a video game indicates how long the game developers will work on the project. Unfortunately, this prevents them from putting out an extremely polished game for players to play within the time they have. To get rid of this hurdle, Epic Games has made its Quixel Megascans library free to use for all developers who allow devs to take up a lot of stencil content from the library, thus reducing the time required to build that up from scratch.

Unreal Engine is available from May 26, 2021, in Early Access, a version for game developers who like to live on the bleeding edge to start testing features and prototyping their next games.

What does Unreal Engine 4 allow you to do?

Unreal Engine 4’s flexibility allows game developers to handle a wide variety of 3D projects. It offers everything they need to get started, grow great game ideas and get out of the crowd with the final product.

Thanks to native integration with the most popular platforms, including Oculus VR, SteamVR, HoloLens 2, Magic Leap, Windows Mixed Reality, ARKit, and ARCore, Unreal Engine 4 offers one of the highest-quality solutions for creating augmented reality (AR), virtual reality (VR), and mixed reality (MR) experiences. Epic Games also provides access to the entire C ++ source code for the engine, which can be downloaded for free from GitHub.

Unreal Engine allows for quick prototyping and iteration, which is very useful when starting a new project. This is the main reason why Moss developer Polyarc chose to work with Unreal Engine 4. “One of the things with UE4 that stood out was its ease of prototyping, getting ideas into a digestible form” – Joshua Stiksma, Polyarc. 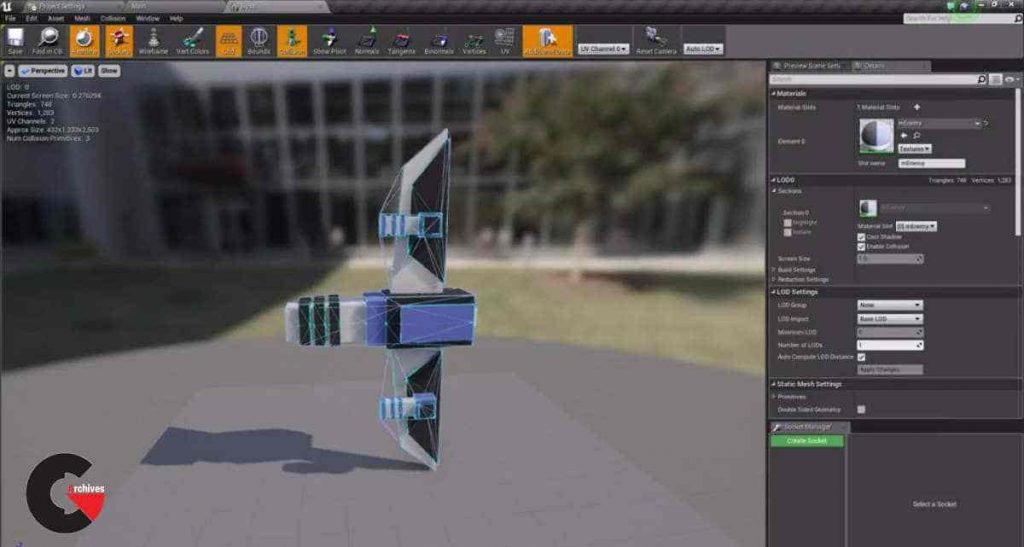 Unreal Engine 4 allows game designers who don’t have a technical background to explore their ideas without code. Blueprint‘s visual scripting system allows designers to drag-and-drop nodes and add wires to connect them and add logic.

Thanks to performance tracking, Unreal Engine 4 is the best choice for VR development games. The game engine monitors performance and allows game developers to optimize costs and the game itself by collecting and tracking game data.

What do you have to do to develop a video game with Unreal Engine 4?

To work with Unreal Engine 4, you must be willing to adapt both now and in the future. To benefit from the game engine’s versatility, game developers will probably need to tweak the engine to suit their needs. Although Unreal Engine 4 provides you with many tools, do not assume it will solve all your problems. Therefore, users should take the time to learn all the tools and general construction of the engine to avoid encountering problems during the game development process.

Many game developers love that Unreal Engine 4 offers much control in creating their own materials. They can import textures in a few clicks via the Import button in the Content Browser, which can be in .tgas and .pngs to .psds and .jpgs formats. One important tip is to make sure normal maps are compressed as TC Normalmap to prevent visual errors in the engine. Also, be aware that if your texture dimensions do not follow the power of two, they won’t stream or have mipmaps. 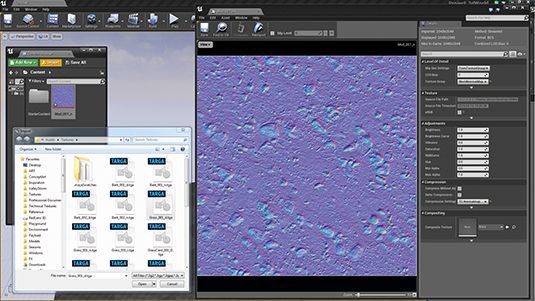 Another tip is to don’t make unnecessary textures. Reducing textures can save you time and memory. For example, for 100 percent non-metal materials like wood or dirt, a metalness texture can be substituted in the Material Editor for a simple float constant with a value of 0.

In the video game world, there are many objects, and the materials have the role of defining the appearance of these objects. For example, the materials can indicate the colors of the objects, if it is bright, transparent, etc. The materials are used for almost all the visual elements in the game. Fortunately, for more complex materials, Unreal Engine 4 comes to provide some effective tools that help in organizing. For example, selecting a group of nodes and pressing C puts those nodes into a comment, which can then be moved as a group and color-coded. To improve readability, game developers can add basic text explanations to comments.

Tips for colors and lights in Unreal Engine 4

To correct and modify colors, game developers use the color look-up tables. Using post-process volumes, final render colors can be tweaked and adjusted based on artistic preference. Although there are options for setting basic contrasts and color shades, game developers use color look-up tables to customize colors. These tables allow for complex color transformation, which can be made with a base file available on Epic’s Unreal 4 documentation site and Photoshop. 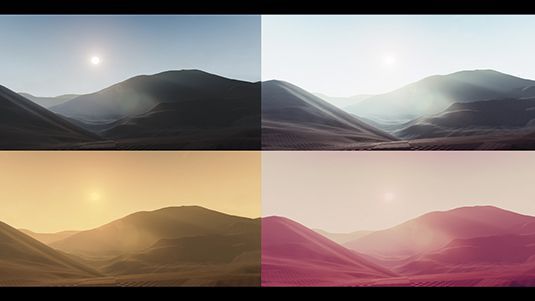 Unreal Engine 4 offers an excellent opportunity to create amazing graphics and breathtaking video games. Epic Games offers all the benefits through this game engine, making Unreal Engine 4 the most preferred engine in the AAA space.