MundiGames on Mobile: How to Successfully Port from Web Browser

MundiGames.com is a well-known and well-established portal with thousands of users and a large variety of games that appeal to a wide audience. From casino games like poker, roulette or slots; classic international card games like belote, buraco or cinquillo; board games like dominoes or parcheesi. All these titles have a few things in common, one of them is that they rely on Flash as a platform to reach their audience.

When Adobe announced their plans to stop supporting Flash by the end of 2020, it created an opportunity to reconsider using browsers as a platform and to start working on a transition towards a gaming platform with a massive user base and innumerable possibilities, aspects that are only set to reach new heights in the future. And so the MundiGames mobile app was born, and the huge endeavor of porting this well-stocked, browser-based game catalog began.

Seeing as this is no small feat and that the stakes are high, Tangelo Games reached out to our especialist mobile game outsorcing company Starloop Studios in order to work together and ensure that MundiGames’ users will be able to keep playing by 2021. In an effort that includes members from nearly all departments in both companies (design, development, production, art…), coordination has been a key element so as to ensure the desired progress goals are reached.

With Tangelo Games leading the way in terms of design and direction, our programmers have been working in the front-end implementation, with some of the Starloop artists recently joining in the production of assets and other features. At the same time, the back-end side of the games is being prepared by Tangelo’s excellent team of developers, which has required an additional degree of task harmonization and priority alignment.

The upcoming end-of-life date for Flash presented the first of many challenges we’ve had to face. The MundiGames catalogue consists of dozens of Flash titles that will no longer be supported by mainstream browsers by the end of this year, which presents an immovable time constraint that turned the whole project into a race against the clock.

We are facing other considerable drawbacks such as the lack of usable source code for the Flash games we were porting, which essentially has meant re-doing them from scratch. Most of these titles are online multiplayer games where players spend virtual currency, which has required our developers to build rock solid network systems in order to handle synchronization, disconnection and reconnection issues swiftly and in a way that doesn’t interfere with the state of ongoing matches and the economy.

Our programmers also have to work on integrating the games we ported into an already existing, consolidated framework such as the MundiGames mobile app. This is something we’ve had to keep in mind since the beginning, seeing as many features we’ve worked on are transversal and determined centrally by the app, such as the games’ economies or their friends’ system.

The games we’re porting have also been thoroughly redesigned to provide an upgraded, more streamlined version of the existing formats. Most of them have gone through an extensive visual rework, and certain gameplay aspects have also been refined in order to offer a more dynamic experience. All in all, it will offer a whole new look and feel that we’re sure will attract new players towards the app, as well as making the games more enjoyable for existing users. 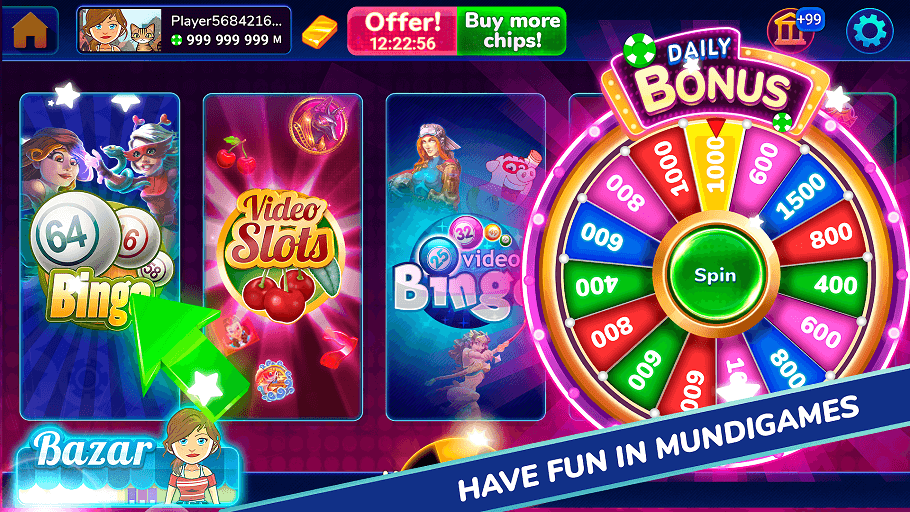 Even though this porting project has been conceived with mobile as the main platform, these redesigned and improved versions of the games will also be available via browser thanks to Unity and WebGL. This will allow players that prefer a desktop environment to enjoy all these new features without any of the downsides of a deprecated platform like Flash, while also being able to switch between mobile and browser seeing the same interfaces and using the same game mechanics.

Simultaneously, the MundiGames app team (which has Starloop developers in its ranks as well) is working on new and exciting features that will allow playing, competing and chatting with friends and opponents in a more interactive and straightforward manner. That, together with a revamped UI and the addition of these ported games to the mobile catalogue will surely offer an all-around much more enjoyable experience that we hope everyone will be delighted by.

As of this writing, the project is still ongoing and there is still a sizable amount of work to be done. However, by now we’ve been able to learn some lessons and understand the importance of things like working with a skilled group of professionals or having a close collaboration with our partners at Tangelo Games.

These have been key elements that allowed us to work as a unit and make sure all departments are pushing towards the same direction: not only ensuring the games are successfully ported as they were, but also giving them a much needed redesign and working on other aspects in order to make them more attractive to existing and new users alike.

Do you have in mind some ideas for outsourcing game porting? If so, email us at hello@starloopstudios.com. We’d love to hear from you!