For a video game to be successful, the entire team of video game developers, from the game producer, technical artist, to the game economy designer and game QA testing team, must have close collaboration and coordination. Everyone has an important role in the game development process, without which the video game could not be created. So, it is important to have access to a variety of different skills in your team. In small teams, it often happens that one person has more responsibilities, while in larger organizations, each person tends to specialize.

If you have a great idea for a great video game, it is unlikely that you have all the skills needed to complete the project. Now is the time to consider the people you need in this process, so you need to know which are the most important game development roles that define the success of your video game.

Game Producer has a vital role in the game development process. He maintains the vision of the video game established from the beginning, coordinates the entire team, ensures that the project is executed according to plan and that the deadlines are met. Whether the project is about developing a video game or porting it to another game platform, a game producer with expertise should not be missing from your plan. This will be the strategic visionary who will lead the entire project.

Game Designer. All parts of the game’s creation are connected by game designers. From storytelling to concept art, 2D and 3D art, a game designer ensures the quality of all game art aspects. Game designers decide the general design of the game, but it also often happens that they have a certain specialization such as characters, storyline, or layout. For example, the main designers coordinate the design aspects, a game mechanics designer works on the balance of the game and its rule system, while the environmental designer creates different scenarios and environments of the game. 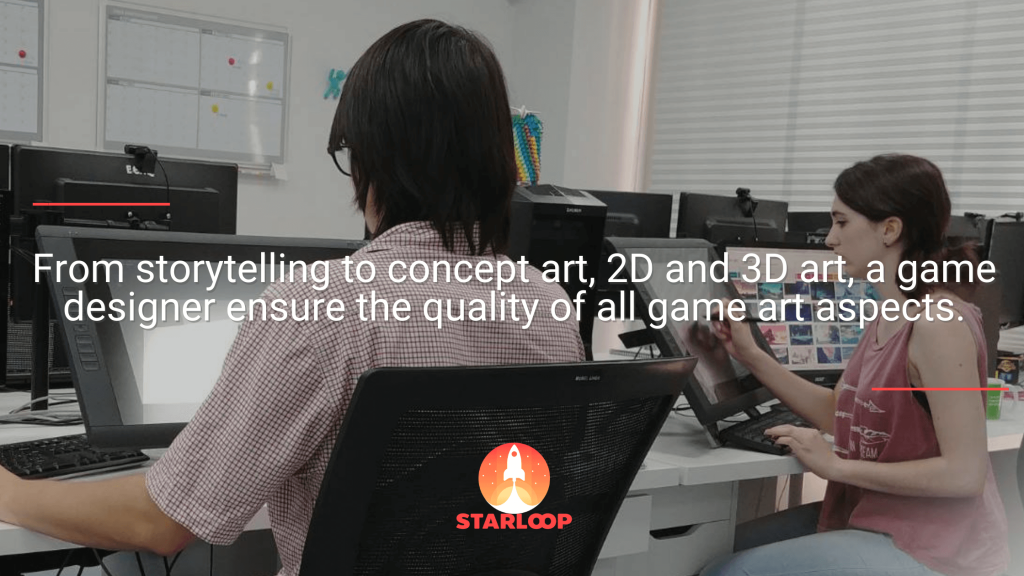 Designers have a different role to that of video game developers, who take designers’ concepts and write the code to make them into a game that can be played.

Technical Artist is a member of the team that connects game artists and game developers and helps optimize the integration of art in the video game itself. His main area of ​​focus is to integrate art assets into a game without taking away either the artistic vision or going beyond the technical limits of the platform. Because of this, a technical artist must have both artistic and technical programming skills. Hence the name of the job of Technical Artist. It works closely with the lead artist and the creative director, as well as the lead programmers. A technical artist must ensure that maintaining the workflow in art production, decide which art packages and tools a studio should use, investigating new techniques, and then going ahead and implementing them in the projects.

Game Economy Designer has a very important role in the game development process. In vain the artists drew spectacular characters, the game has a story with potential, everything is functional, if the game is not interesting for the player and he is not attracted to continue playing. The responsibility of a game economy designer is to analyze the game performance based on current data and develop solutions to improve your game economic model. He must have solid knowledge and experience not only in video games but in the real economy. Very few developers have a game economy designer on the team, while game outsourcing studios such as Starloop Studios have integrated already an experienced game economy designer.

Level designer. If a game like match-3 did not always offer new content, players would lose interest and stop playing. The responsibility of a level designer is to ensure by creating new levels of play that users have an interesting experience and maintain their interest in the game. He needs to know what makes a game good. A level designer imagines the playing experience, putting themselves in the position of the player, and maps out all the possibilities. He needs to think about the logic and flow of events and actions, the conditions that need to be met for certain things to happen and the challenges the player will encounter. 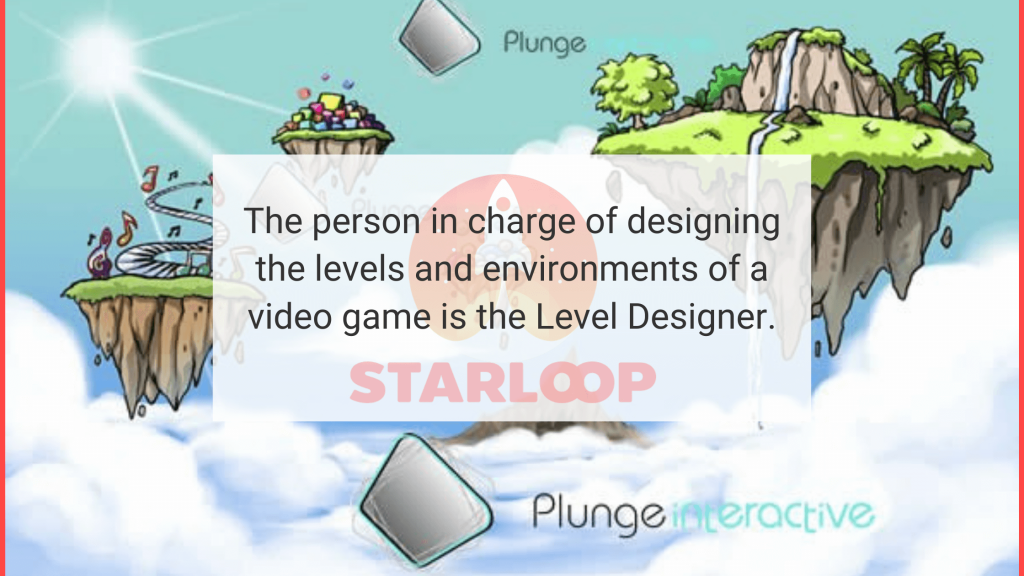 QA. Although the core is to find bugs, the job of a QA team is more than that. They provide early feedback in terms of art, design, user interface, and so on, which aim to improve the video game. Due to continuous advancements in technology, players nowadays have increasingly higher requirements in terms of game quality and professionalism, so they are more critical as a result. Therefore, every action performed by all teams of specialists must be carefully tested before launching the video game. The early feedback provided by the testing team saves time and makes the project ready for faster delivery.

Where to find all the game development experts you need?

Due to the video games industry development, more and more game outsourcing companies can give you access to a complete team of video game developers, for a good price. So, collaborating with a team that offers you co-development services, which already has solid expertise accumulated in dozens of projects, can only bring favorable results.

With over 10 years of experience in the video game industry, Starloop Studios has assembled a complete team of passionate video game experts who offer you full-cycle game production service. From game design to post-release support, our professionals apply their extensive experience and creativity to make your gaming dream come true.