With the development of the video game industry, game developers have realized that the inclination towards a player-centric development process and culture creates a positive user experience that will lead to stronger user engagement. So creating teams of people like Community Management, UX Design, and Games User Research, which focuses on developing player experiences, has become a must-have.

What does UX mean?

UX translates to User Experience and is a branch of game design focused on the psychology of the final players, their behavior, and the thinking process. Through UX, game developers ensure that the vision they wanted to create will reach unchanged the minds of end-users. So, they need a deep knowledge of the players’ thinking processes and behavior.

It takes a lot of research to make players interact with the game, download or buy it, continue to play, or recommend it to friends or forums. In fact, this is the primary purpose of a video game. To reach it, the game developers team uses many research methodologies and innovative techniques such as biometric technologies to understand the player’s emotions better. In addition, the UX team invests time and effort in collecting data about players, especially in many types of video game testing by real players. A fun and intuitive user experience in video games can make users play video games for hours, so the focus of UX development has become one of the essential points in creating video games. 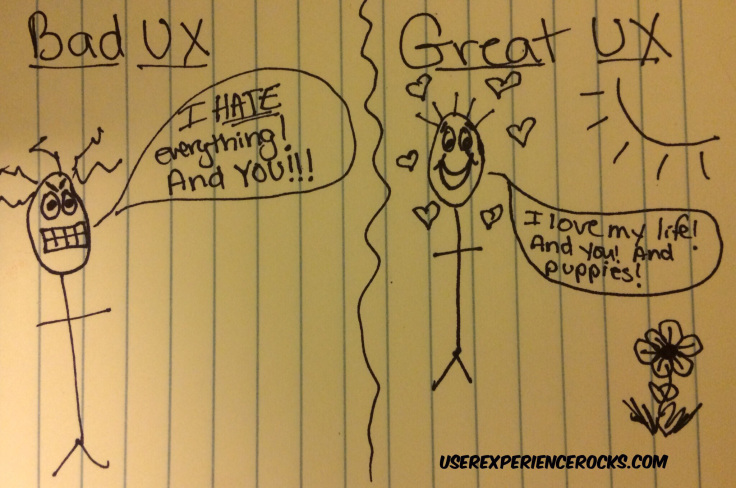 UX focuses on finding out the true impact that team design choices have on players and providing constant guidance to the team to stay objective about their crafted. For example, to keep the right direction and see the player’s relationship with the game, the UX team can ask questions such as:

What is the relationship between UX and UI?

Some people may become confused when it comes to UX and UI design. While UX (User Experience) involves the experience that players have while interacting with the video game, UI (User Interface) means the multitude of series of screens, pages, game levels and visual elements such as buttons and icons, which players use to interact with the video game. More simply, UX focuses on the user’s journey to solve a problem, while UI centers on how a game’s surfaces look and function. Here are also included the sounds and lights that players hear and see during the game. Over time, out of a desire to give the best to players, UX came as a natural need to improve the UI. To better understand what effective UX design means, Peter Morevilla created a visual ‘usability honeycomb’ that became a guide for UX designers. 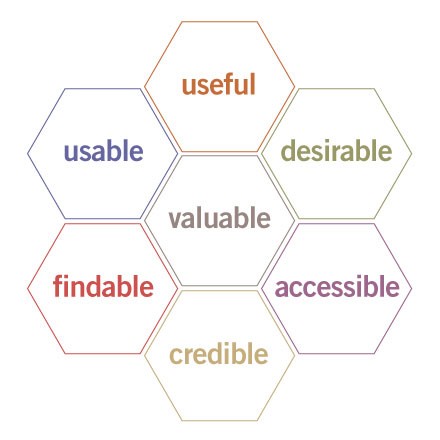 Why is UX design important in video games?

Creating a unique and enjoyable gaming experience is a long and complex process. However, if the game development team always thinks about the end-user, they will have all the chances to create a gaming experience that will retain the players and make them come back.

UX is the bridge between game design and the player and ensures that the game designers’ vision translates into a fun and intuitive player experience. Video games are based on game rules, require engagement with certain features and mechanics while leading players on a journey – that’s why one of the roles of UX is to make sense of the game. According to UX Planet, “The traditional UX approach is all about solving users’ needs,” so video game developers have both the responsibility to provide in-game solutions and to create challenges
for players to overcome in an intuitive and fun way. 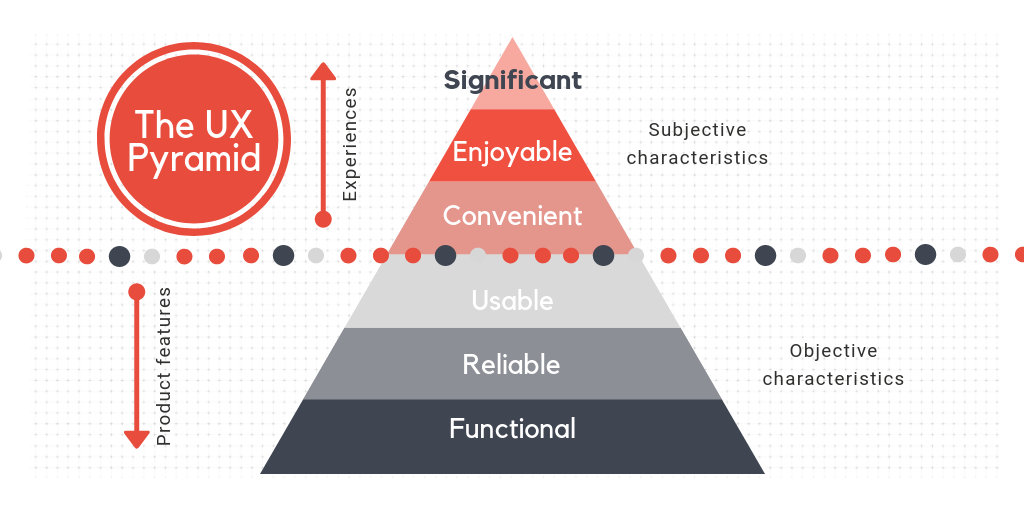 The UX design pyramid with the user needs.

Video games are a multi-sensory experience, involving players both physically, by pressing screens or buttons – and mentally – through the mechanics and rules of the game. That’s why designers use UX to make usability, accessibility, and ergonomics an asset, not a gameplay issue.

UX also has the essential purpose of bringing players back into the game. Much of the effort that publishers put into their marketing strategy focuses on retargeting. Therefore, it is wise for game developers to use UX from the beginning to create dozens of features that draw players back into the game, such as progress bars, badges, and other counters that let the player know that there is more to be done. A UX designer needs to know what motivates the player and what rewards he finds attractive. Also, for gameplay to be attractive, UX designers must ensure that players don’t get frustrated by a badly explained game.

A good UX design can evoke powerful emotions. For example, the sound of a reward, the dark or light of a game environment, and the background music can set the scene’s mood. These elements, which the player probably does not realize, help create video game storylines and emotional connections. Users play video games for fun and entertainment, so emotions are the label and filter by which they mark the gaming experience as positive or negative.

Emotional connections are stronger than any other element in the game and make the player stay engaged for a long time. Therefore, it is not enough for the game to have well-established rules and perfect game mechanics if it does not generate emotions in the players’ brains.

Games with a good UX are designed with soul. There are various ways to increase empathy and connection with the character of the video game through UX design. For example, to make the game more impactful, UX designers can use animation, sound, colors, and camera shakes that give much more depth to the relationships between players and characters. To develop this relationship and empathy for the characters, UX designers can use dialogues accompanied by visuals and audio; these add weight to certain lines, which produce a connection between players and their characters.

How do we apply UX design at Starloop Studios?

Nowadays, an effective UX design is currently the heart of the billion-dollar gaming industry. It’s an art in and of itself to perfect user experience design. At Starloop Studios, we’re driven by our passion for gaming and understanding of how great games should sound, feel and look, so creating immersive game experiences is one of our goals.

We design user experiences  for games of various styles: from mobile cartoon games to hardcore sci-fi multiplayer shooters. So, feel free to contact us,  and you’ll receive the most efficient solutions based on your technical requirements, time, and budget.