We know great things happen when talent and opportunity cross paths. Discover the inspiring stories of our Starloopians. 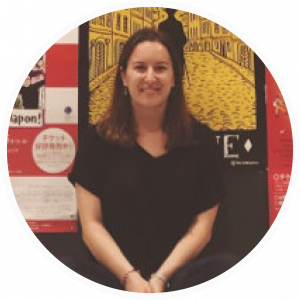 My first experience with games

Like most people in the gaming industry, I met with video games at a young age. I still remember the joy when I was playing with the Atari for the first time.

I have had my first PC when I was 6-7 years old. Since I was in the centre of evolving technologies at the time, I had the chance to witness just how much video games can develop. Starting with the floppy disks, games were short and were focused on a single topic. But with development of CDs, games had much more freedom to explore. That’s when I played Red Alert 2 for the first time. The amount of work that went into the game and immersive gameplay has really absorbed me and I started to think that I can develop my own game in the future.

I was determined to follow this dream, so I started doing research on the many paths into creating a game. I have an uncle who’s a self-learnt computer programmer and I basically grew up watching him work on the black DOS screen and being mesmerized by it. So, I concluded that being a programmer is the best career option for me.

There weren’t any exact study programmes focused on game development in my time, so I chose the closest one, which is Computer Science. Immediately after graduating, I started looking for a job in gaming industry, but at the time it wasn’t very popular in my country and there weren’t any jobs. I had to start working in a different area to gain some experience about programming.

Three years and two jobs after graduating, I finally managed to step into the gaming industry as a game developer. In this job, I’ve learned that gaming can be as much for education as it can be for entertainment. I’ve worked on classic gaming projects as well as ones that are focused on interactive informative applications for children.

I’ve spent time and changed multiple jobs to further improve myself in my area and I’ve managed to stack quite the pile of experience.

One day, I was contacted by someone from the HR team of the Magic Media and after two successful interviews I started working with the Starloop Team as a Unity Developer, and I’ve been on different projects since.

If you worked in a corporation job before, then you probably know about two things: crunching the same projects over and over and toxic workspace. Well, I’ve worked in places that had both and I am very happy to face neither of these in Starloop. My colleagues are always so helpful, encouraging, and happy to work here. I’m also very delighted to be a part of different projects so that I am able to improve myself in many areas which is one of my main goals in my career.

That’s why I feel so lucky to be working here.

We’re always looking for talented, curious, creative problem solvers to work with us. Many roles are available that allow team members to express their talent and put their expertise to work. Learn more about our jobs and discover what  best fits your talent or skills.