Video game companies have seen the huge potential and value that NFT adds to the video game industry, so those who haven’t already implemented NFTs in their video games plan to do so. NFTs are predicted to become huge in games because they are already proven in a niche market. Also, it is intuited that the non-fungible token will extend the mechanics established in existing games and will create liquidity between games.

Blockchain technology already has greater importance in the gaming industry economy. The gaming market has high competition, fast iteration, great benefits, and low risk, so those who have already implemented NFT in their video games have seen the opportunity they represent and exploit it.

With NFT, players can buy and sell objects to other players within the same application. Given the current size of the custom design, cosmetics, and collectibles market across all games and platforms, improving these mechanics will boost revenue in almost all top-grossing games.

NFT not only creates a new market but also affects the rest of the games by boosting the existing mechanics. What’s great about a non-fungible token is that it can move between different games and between different platforms. If you buy a unique character in World of Warcraft, for example, and you want to use that character in PUBG, the NFTs make it possible. So the collaboration between games is already happening.

What are the pros and cons of NFT games compared to other types of video games?

Being a unit of data assigned to a digital file, NFT certifies the uniqueness of an item. Furthermore, it documents its ownership using blockchain technology, the same technology that forms the basis of cryptocurrencies. In short, a non-fungible token represents a class of digital assets certified as unique, verifiable via the blockchain ledger. The possibility of turning digital files into digital assets using blockchain technology has existed for a few years, but only now has it become more popular in the video game industry due to the many advantages it offers.

Gradually, NFT can become a new form of the economy both in the video game industry and in other markets. Some of the most basic use cases for NFTs within games are to represent playable characters, consumable and non-consumable items, collectibles, and cosmetics.

In some NFT video games today, players must purchase a character or an item to start the game. For example, in Axie Infinity, the most popular NFT game today, players are required to pay up to $ 1000 to purchase a playable character represented as NFT. This may seem like a considerable value compared to traditional video games, but NFT games are play-to-earn. Players can always redeem their assets at stake and recoup their initial investment. Moreover, the NFT they bought initially can increase its value and then sell it for more money. 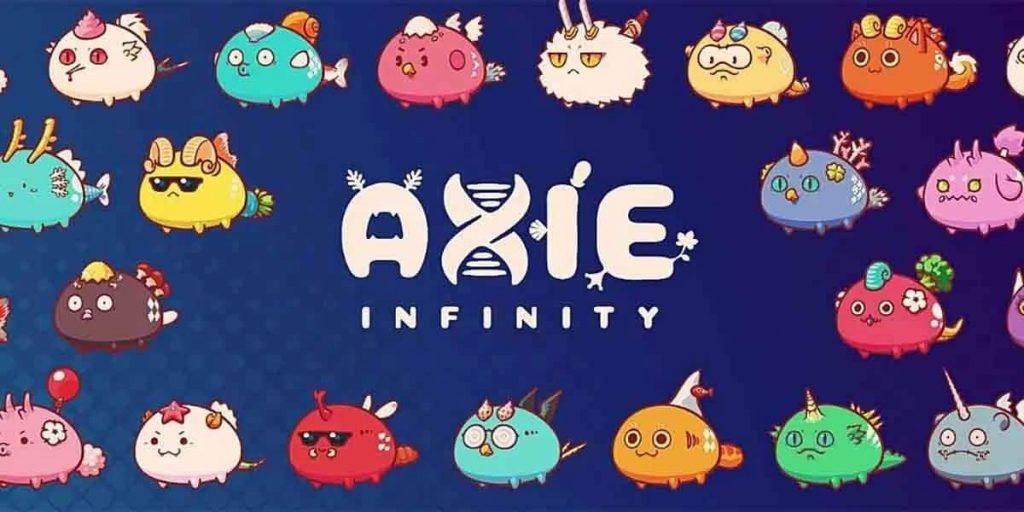 Axie Infinity, one of the most popular crypto gaming projects.

The PROS of NFT

Possibility of profiting from NFT

NFT monetization in video games is an advantage they offer players. By adding NFT to video games, game developers assign them a monetary value. Players can buy video game characters, armor, and other items and sell them to other players. In this way, playing on a blockchain-based game, players can earn cryptocurrencies in return and can turn out to be a regular source of income.

NFTs are also a net benefit for the gaming industry, creating an excellent way to create fair and transparent rules, which players value highly.

To attract players and keep existing ones, but to differentiate themselves from the competition, video game companies must constantly innovate and always bring something new in their video games. Fueled by gaming companies’ need to innovate, NFTs are likely to remain in the market and become a benchmark in the video game industry.

It’s undeniable that the dynamics that non-fungible tokens can create within video games are currently amongst the most profitable in the industry. As a result, this is expected to have a powerful influence on blockchain and NFT adoption in video games across the board.

If two games use the identical blockchain, they can easily interact, making it possible for all network effects. For comfort, the complete interface with the crypto network can be abstracted in user-friendly terms, given that players expect a capacity of centralization from gaming companies, which turns a usual weakness into a benefit here. 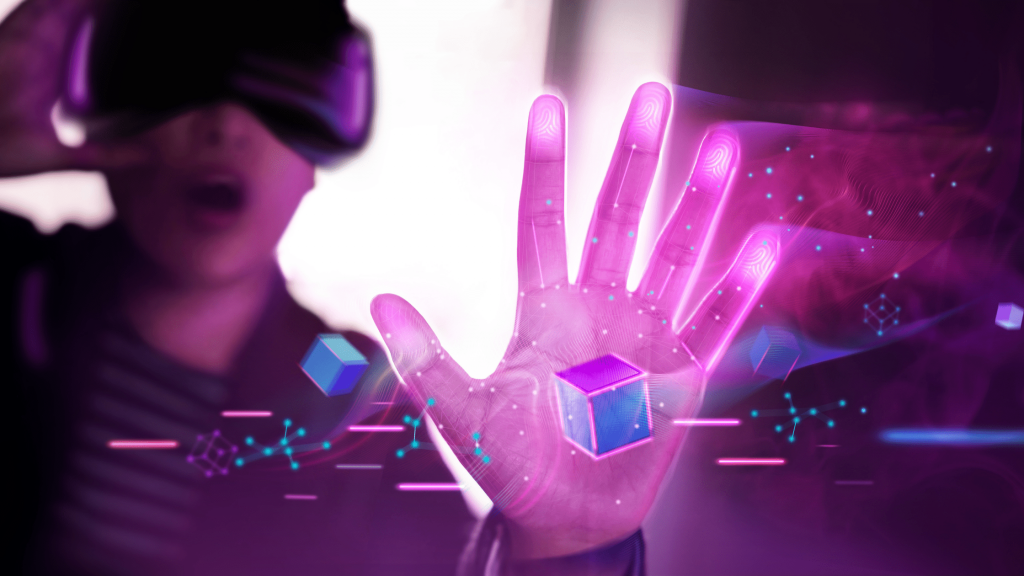 The CONS of NFT

A common criticism about NFT gaming is that, just like it is speculated with its art counterpart, the whole thing could be a giant bubble. If NFT becomes unprofitable, players can abandon the game and sell their digital assets. Seeing the new opportunity in NFT, some players even hire someone to play with their NFTs and split the profits.

Although several non-fungible tokens have proven their value and growth potential, some experts compare the phenomenon of non-fungible tokens with an economic bubble that could collapse at some point. This uncertainty comes precisely from the continued madness of acquiring NFTs and a potential over-speculation and herding in NFT investing.

The impact of blockchain technology on the environment

Although not a direct argument related to the video game industry, it is worth noting that tokenizing digital files require significant computing capabilities. Servers, computers, and cooling systems running to extract cryptocurrency and consume as much energy as a million transatlantic flights. The impact on the environment is significant, as greenhouse gases from the burning of fuels are the main driver behind global warming.

Players can freely trade non-fungible tokens on cryptocurrency exchanges and NFT markets. This exchange can remove the capacity of developers to control the market while earning the liquidity associated with being listed on these platforms. Of course, given the increased fees on the most popular public smart-contract qualified blockchains, such as Ethereum, transactions usually do not involve insignificant sums.

What do I need to develop an NFT game or blockchain gaming?

Nowadays, NFT gaming has achieved a more significant level of complexity. Games have their tokens, their mechanisms to algorithmically create NFTs rather than only predefined units, and obtain updates and development efforts comparable to traditional games. Due to NFTS, existing games can receive updates and changes thanks to online features, so almost any online game could benefit from technology. 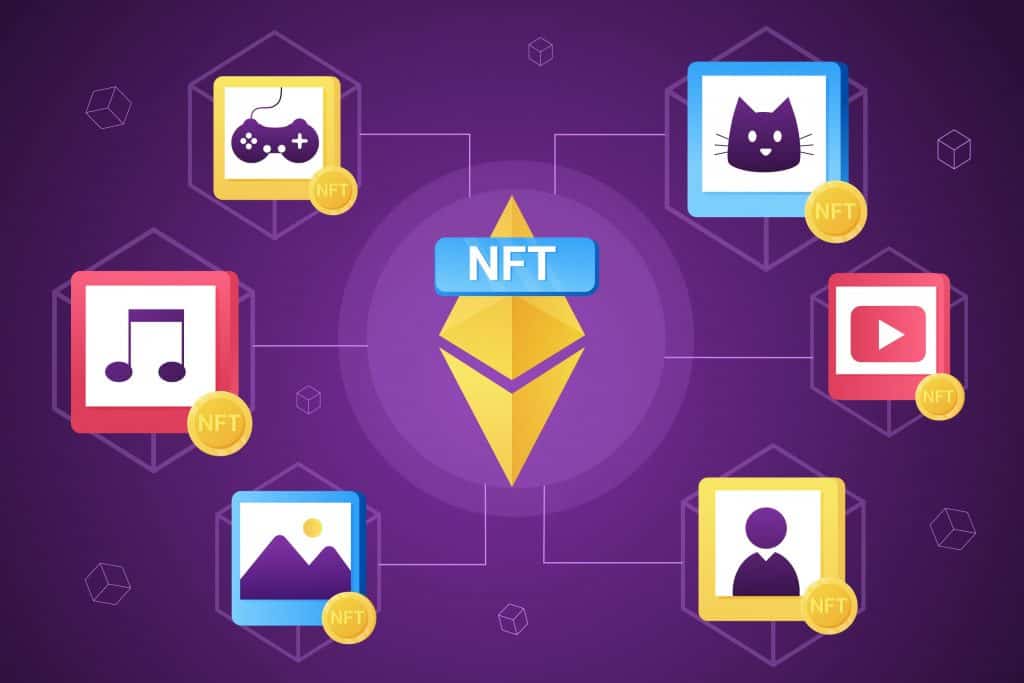 NFT video games need to be more appealing and intuitive to mainstream consumers who are not technically oriented. Also, some gamers may be tempted to buy NFT in video games only to sell them more expensive in the future. For this reason, game developers need to make sure their NFT games are attractive to motivate players to use the digital assets within the gaming ecosystem, as intended.

Being relatively new to the video game industry, few game development studios have the technology and skills to develop NFT games. Therefore, to create such a video game, it is advisable for several reasons to form partnerships with a game development company that has the technical expertise needed to bring your vision to life. In the future, the success of NFT games will play a role in further catalyzing NFT infrastructure improvements and driving the development of innovative solutions that unlock mainstream adoption.

To develop an NFT game, follow the same steps as a traditional video game, but with some differences. Just like in a classic video game, you had to define the idea and the working model first. Then, once you know your game style, you should research similar games that already exist in and outside the blockchain.

Also, be sure to bring creative-skilled people to the board team. Do not underestimate creative work. Have you noticed that all successful NFT games have in common cute creatures?

Applications built on blockchain technologies are called DApps, which stands for decentralized apps. Therefore, when building a DApp, you have to ask yourself how you want your players to interact with it: through their web browsers, or maybe with a mobile app?

Also, in developing NFT games, you have to choose the right TechStack and decide which technology best suits your project. Developing NFT games is a complex process, so it is best to join a team of experienced professionals who can do it for you.

How do we develop the NFT games at Starloop Studios?

Starloop Studios is a pioneer in NFT game development, offering top-notch NFT gaming solutions for striking gameplay. NFTs have set a new trend in the crypto market with distinct and exciting features. Unique assets and their scarcity are the crucial elements for its sudden spike and trend in the market.

We apply cutting-edge technologies to help you create your marketplace and attract huge players to invest in digital collectibles, art pieces, and properties in the virtual gaming world.

Contact us at hello@starloopstudios.com, schedule a free consultation with one of our Starloopian and find out how to bring your game to the next level with our NFT game solutions.