Video Games for Smartphones: Pros and Cons of Android vs. iOs

When it comes to revenue and the number of downloads, video games for smartphones lead the top of mobile applications. In 2020, out of a total of $143 billion spent on mobile apps, $100 billion was just for mobile games. In other words, for every dollar spent on iOS and Google Play, games took 70 cents.

Although the mobile platform for video games is barely a decade old, the growth is remarkable, and it doesn’t stop here. 36% of all mobile app downloads in 2020 were mobile games – that’s 80 billion downloads out of 218 billion overall. In the same year, users spent 296 billion hours playing mobile games, a 35% increase on 2019’s 222 billion hours. Although the video game industry’s growth was significant in 2020, by 2021, it is estimated that more than $ 120 billion will be spent on mobile gaming (up 20% from 2020). That’s 50% bigger than the console, PC, Mac, and handheld sectors combined.

Mobile games are all the rage!

Statistics clearly show that mobile games are in vogue. This market is dominated by two genres: “Core” games and “Casual” games.

Casual games are usually free, generate money through advertising, and most of the players are occasional. Core games tend to generate money through in-app purchases and are designed to attract more engaged players who play longer game sessions. Casual mobile games were more popular in downloads, with 78% of all game downloads, against 20% for ‘core’ games and 2% for Casino. 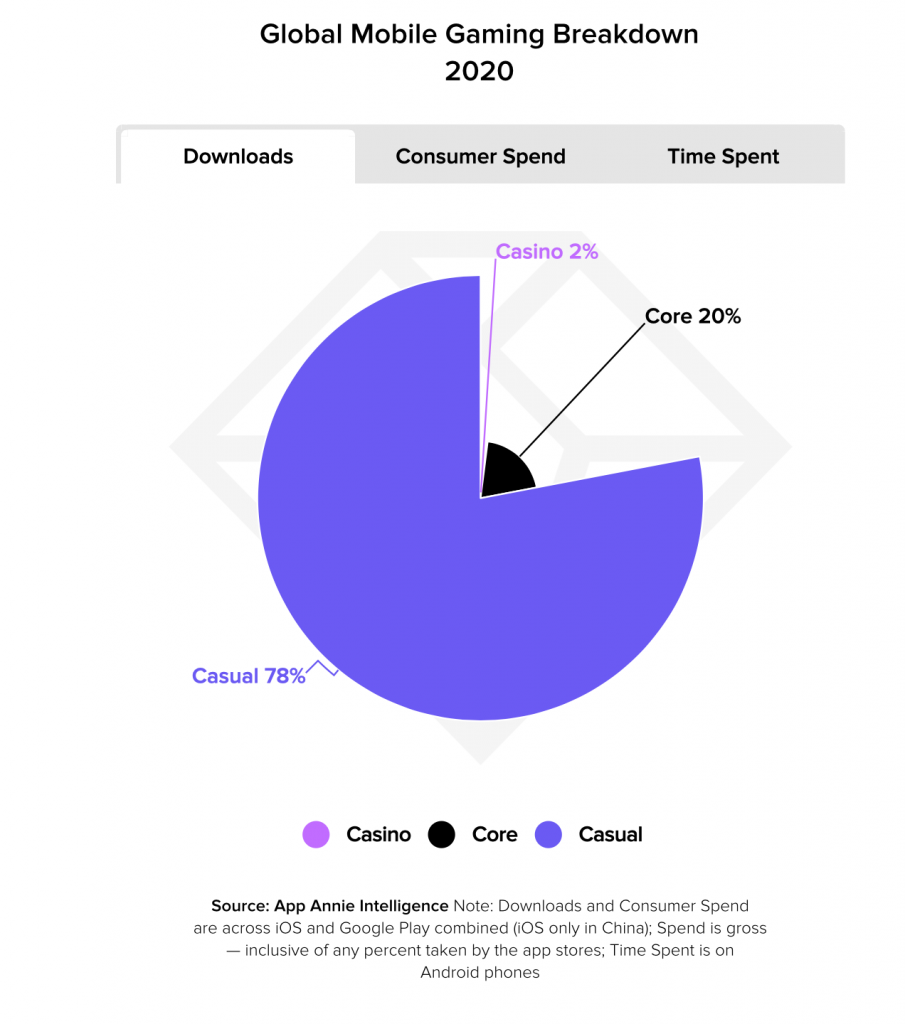 Starloop: how do we make mobile video games?

At Starloop Studios, we develop Android and iOS games, depending on the project’s requirements. For example, one of the games we created is Lucky Level, a free-to-play game for Android and iOS, where players can earn real money and gift cards or virtual money to win different rewards through card-scratching and lottery.

When players play the game, the game app gathers a database about the gamer’s experience, allowing us to grow the app and improve the quality. In the first three months, the game reached more than 50,000+ players in the USA 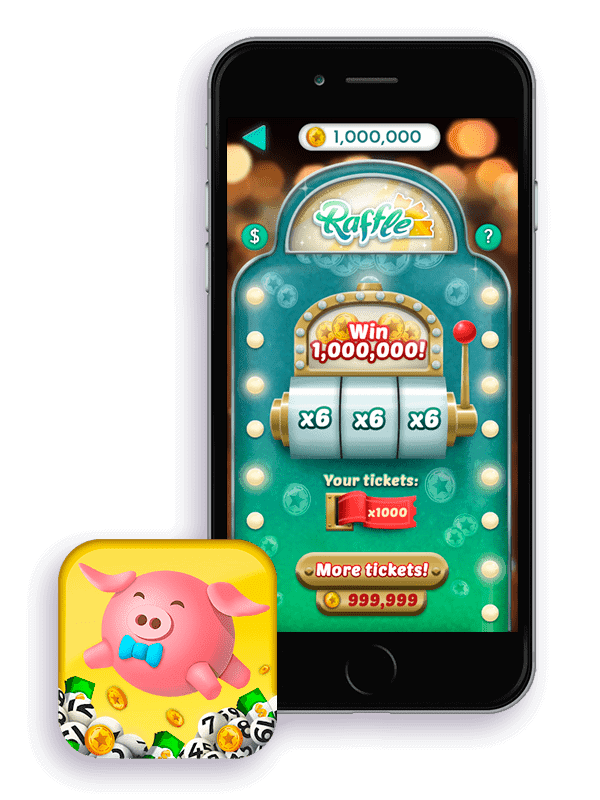 What is it like to play a video game on android?

Currently, the most popular platform for smartphone games is Android (in 2018, 78% of the players worldwide belong to the android game markets. Android runs on a wide variety of hardware devices, which can be advantageous for users, as games can run with more FPS at higher graphics. But it can easily become a disadvantage because a game with special effects may look terrific on one device yet run too slowly on another.

When it comes to downloading games for free, Android users have an advantage: they can get free versions of mobile games that would have paid a fee if they had downloaded them from iOS. For example, games like Angry Bird, Cut the rope, Pou, are found free on Google Play Store but would be chargeable on the iPhone.

Another advantage for Android owners is that they can play video games on smartphones directly from the Xbox library. They can subscribe via Game Pass and play more than 150 video games on their smartphone or tablet. Also, anyone who owns a mobile with the Android operating system can run Play Station 2 video games using the Damonps2 app.

How is the experience of playing video games on iOs?

One of the advantages that iOS users have is that they can enjoy mobile games before launching in the Google Play Store. One of the reasons many game developers launch their mobile games in the App Store is that creating games for iOS is easier because there are several operating systems and only two iPhone and iPad devices.

Since 2016, iOS users have enjoyed the higher game quality, as Apple is uninstalling outdated software that does not meet quality requirements. According to an analysis, iOS users who play mobile games enjoy a gaming experience with fewer bugs in the operating system. Also, indie games on iPhones offer a more enjoyable gaming experience than on Android.

In terms of security, players are very little exposed to becoming victims of fake video game apps. The App Store is more demanding with the applications it allows on the platform, and thus users are less prone to fake games or malware.

iOS users can also enjoy the high compatibility of smartphones with other devices. Apple has a family of hardware devices that integrate with each other seamlessly. For example, Apple’s Arcade is a game subscription service that allows users to play over 180 premium games across multiple devices, including the iPhone. Also, iOS devices allow connecting controllers such as the PlayStation 4 or Xbox with their smartphones.

And what do players prefer? Android or iOS?

This is one of the world’s debates. Regarding the gamers’ experience, opinions are divided. Both Android and iOS platforms are excellent in their way and optimized to offer what the user wants. But there are lots of fan followers in the world for both Apple’s iOS and Google Android. While many game developers have agreed with Apple to launch their video games on their platform, Android is hard to beat in terms of offers and promotions that are paid for
on Google Play. 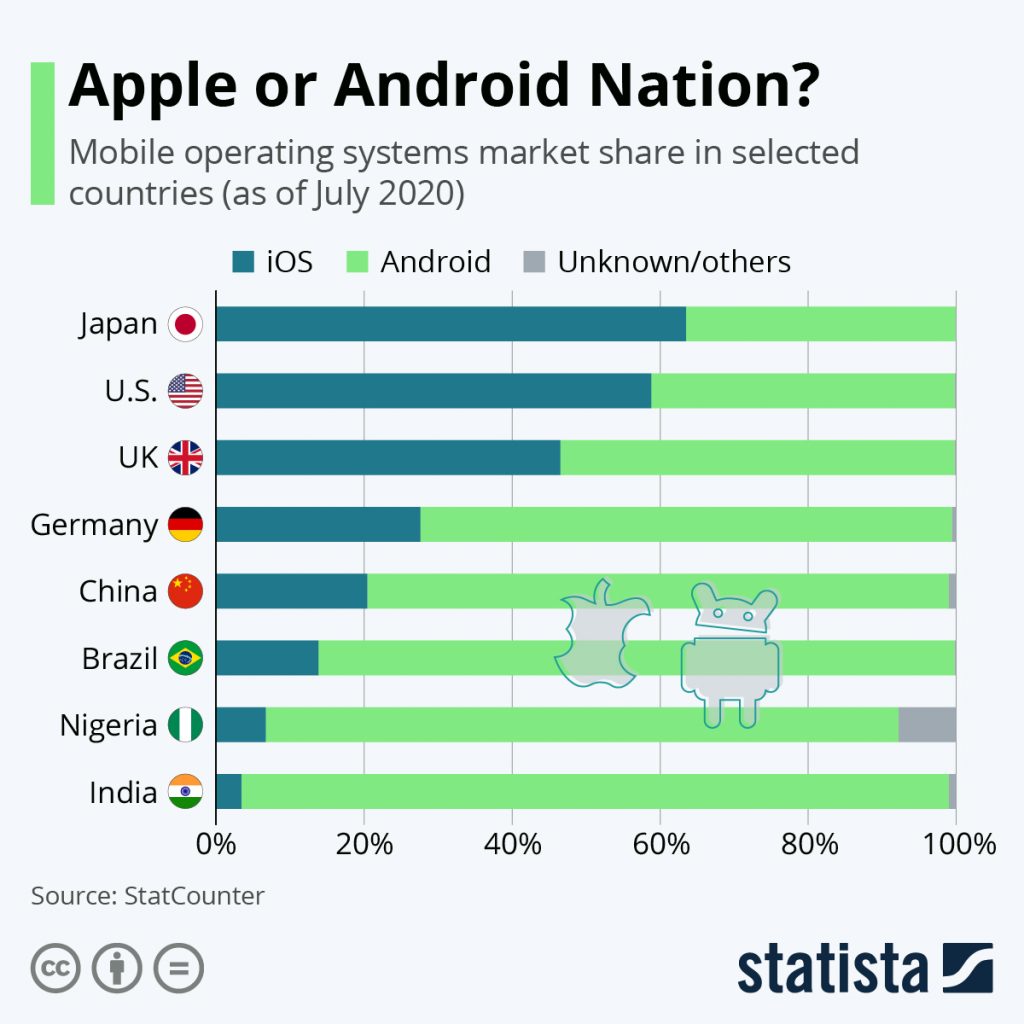 App Store and Google Play Store both have a large and ever-growing selection of games. But in order for users to make the most of mobile games, they should choose suitable smartphones. Not all smartphones are good for video games, and there’s more to consider than just raw power – though that’s undoubtedly a factor.

There are phones like the Asus ROG Phone 5, Lenovo Legion Phone Duel, and Nubia Red Magic 5G, which have particular gaming specifications such as high refresh rates and touch-sensitive triggers, cooling systems, etc. For iOS lovers, the latest tests have shown that the iPhone 12 Pro Max is the head of the list for the best iPhones thanks to its big, immersive screen and the features like the powerful A14 Bionic processor and 5G connectivity.

In conclusion, both platforms are pretty mature at this stage, having existed for more than a decade. That means both have gathered comprehensive feature sets, and there’s very little one thing can do that the other can’t.